A Fool and His Money Soon Pay Taxes 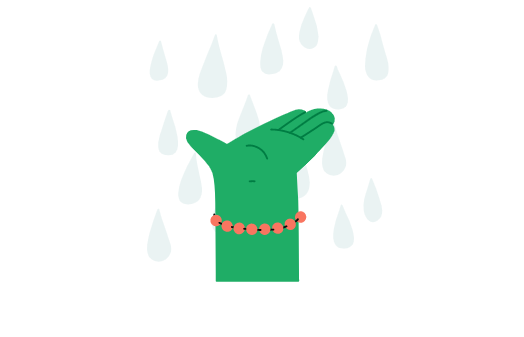 Everyone loves to pay taxes. All that paperwork and red tape adds years to the life of the common tax payer. No. One. Ever. Said.

The reason we pay taxes is that humankind as a whole loves to suffer.

That sweaty bread that comes from our brow we are only too glad to give away to governments through taxes so they may spend it wisely on UFO tracking, and Geyser gazing. You know we need the “How to make more sour pickle” research. Warfare. Nuclear bombs and so on.

The first taxes ever recorded in history was levied by caveman Oog from his neighbor caveman Ugh. Oog went over to Ugh’s cave one neolithic morning to take away Ugh’s pile of rocks. And since Oog had a bigger club than Ugh, he was able to steal those rocks with some semblance of legitimate authority.

Oog went on to a glorious career as the earth-recognized tax collector. Oog knew that time was money and that money was actually rocks. In fact, he collected so many rocks over the years that he was finally buried in an avalanche of them. Some have hoped that all tax collectors will so perish — but we know that’s a fairytale.

The ancient Greeks really knew how to tax each other. First, Athens would tax Sparta, demanding all their amphora’s of wine. Then Sparta would tax Athens, requesting at the point of a spear all their young maidens. This taxing process went on generation after generation, until there wasn’t a maiden or a sober Greek left.

Taxes fueled the mighty Roman empire. But, of course, if you were a Roman subject, you couldn’t break wind without having to pay a tax. Pity the poor commoners who lived mainly on legumes.

In China, the Ming emperors needed plenty of mazuma to keep their concubines happy and their own long fingernails painted in silver and polished with ruby dust. If this sounds too extravagant to be accurate, just think of how some of the lobbyists in Washington live today.

Those early Ming emperors had to squeeze the peasants pretty hard to keep everyone in the palace swathed in silk. Chinese tax collectors were notorious for pulling out fingernails and chopping off toes, and that was only their way of saying hello.

When these exuberant tax collectors got curious with a recalcitrant peasant, they would submit him to “The Torture of Ten Thousand Pickles” (I think this is shown in an old “Veggie Tales” cartoon and is a torture so horrible that its description was put down on a parchment scroll and locked away in the vaults of Vlasic, or somewhere just as important.

A brief history of today’s tariffs.

The payment of taxes today is a wonder to behold. The taxpayer wakes up in the morning, yawns and stretches, and already is being assessed for the air used, and fined for offensive body language. Their breakfast has already undergone a sales tax, a food levy, and perhaps even a gas tax. (And by the way, these bad jokes and dismal puns are tithed at a steep rate as well.)

And so the day goes for the average taxpayer. First, they are gouged at work with duties and rates galore. Then, when they go into a saloon for an innocent snort or two, the excise duties on each glass they guzzle are enormous. And when they get home, tired and discouraged, they are most likely met at the door by a debt collector. Who demands a pound of flesh or their firstborn. It’s enough to make a person turn to Zoroastrianism.

A new day is yawning, that is, dawning.

But there is hope for the weary citizen. That poor guy or gal who pays taxes to the limit and goes out into the fields at night to wring blood from turnips. A grizzly sight indeed. The only other recourse available is the poorhouse. Where residents have to walk around in barrels, and those splinters are murder.

For those who would rather not support their idle rapacious government by the sweat of their brow, there is now a movement sweeping the world that is called R.A.G.M.O.P. The initials stand for something or other in Latvian, which nobody remembers anymore. But the movement advocates for people taxing their government, not the government taxing their people.

Can you imagine the fun of chasing a legislator down the street to collect a fee for hot air? Or how about charging them for impersonating a human being? by the time the R.A.G.M.O.P. crowd gets through with one of them, they’ll be lucky to keep their birthday suits!

If you would like to support this sterling organization, just go outside during the full of the moon, wrapped in a bedsheet, and jump up and down shouting, “Easy peasy lemon squeezy.”

The rest will be taken care of by the Izaak Walton League.