Blog » Due » 4 Reasons Writer’s Block Happens to Freelancers (and How to Beat It!)
Posted on January 3rd, 2018 Published By Kayla Sloan Freelancing is one of the few professions that allows the writer to show a lot of who they are in what they do. There are others, of course, such as artists, architects, musicians, and dancers just to name a few.

However, one of the things that sets apart those who make their living with words is writer’s block.

There are some naysayers that believe writer’s block is just an excuse for not wanting to write or, to put it another way, laziness. Those who have experienced it, though, believe otherwise.

Burn out is one of the reasons writer’s block happens to freelancers. Luckily, there are some tactics that can be employed to beat it.

For example, when freelancers have scheduled themselves too heavily they could contract out some of their work to others. Or, simply build time into the day for a walk. The fresh air, sunshine, and quiet may provide just what’s needed to jump start their creativity.

The point is for the freelancer to find an activity that breaks away from their normal routine. This gives their mind a chance to rest and process.

Often another of the reasons writer’s block happens to freelancers is because they lack inspiration and have a deadline.

Something that I occasionally do to combat a lack of inspiration is to listen to some music and other freelancers could try it too.

Because many freelancers work from their own homes they have the freedom to listen to music if they choose to. It allows them the chance to block out noise and distractions.

A simple but effective method of finding inspiration for writing is to brainstorm. There are several different methods to choose from, some of which should be done with the help of one or more people.

But whatever method of brainstorming a writer chooses, they can usually come up with some great ideas to inspire their writing.

At times, merely the thought of failure is enough to cause fear of it. The fear, in turn, can paralyze all of a writer’s thoughts and actions and prevent them from producing anything.

Rather than do nothing, freelancers can tell themselves it is ok to be fearful. What is not ok is doing nothing. Once they allow themselves to feel the fear they may be able to press on in spite of it.

Sometimes too much of a good thing isn’t really a good thing. In other words, if writing is all a freelancer is doing they might be using so much of their creativity that they need to do something different.

There are several different services that can be offered to clients which pair nicely with freelance writing but don’t require any actual writing. As an example, they could proofread and edit the work other people produce. Or, another option is to become a virtual assistant for other businesses or individuals.

Branching out could give both their business and creativity just the boosts needed to overcome writer’s block. Freelancers might even find that they like providing these other services as much or more than writing.

Certainly there are reasons writer’s block happens to freelancers and it’s frustrating when it does. But it can be overcome using these ideas. 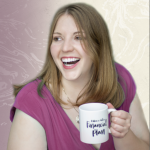