4 Production Sidechains to Look Out For 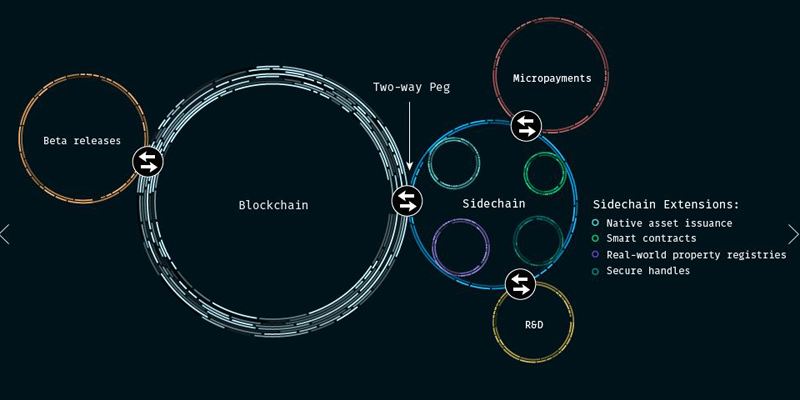 Sidechains are private or public networks that may or may not be based on the Bitcoin protocol. According to a recent technical paper on this aspect of cryptocurrency, these sidechains have the potential to revolutionize this new system.

Created by Blockstream, Liquid is intended to improve market liquidity as well as enhance capital efficiency. It does this by facilitating transfers between exchange or brokerage accounts. It also will add speed, ensuring highly secure transactions where previously things like latency and lagging confirmation times. Security features help to minimize 3rd party risk that has normally impaired these types of transactions.

This company has focused on the idea of a sidechain that runs parallel to Bitcoin. It solves scalability and path upgrade issues, creating the world’s first colored coins. To illustrate its power, the company recently partnered with Funderbeam to bring liquidity to syndicated startups investments by providing a way to verify and enforce the trades that take place. This type of development makes intermediaries out of the process. It helps to create a transparent and liquid secondary market without compromising regulatory compliance or digital verification. Instead, there is a distributed audit trail to confirm all transactions.

I/O Digital developed DIONS, which is a sidechain system that allows aliases, documents, and avatars to be registered so that they can become fully transferable between users just like currency. It supports a decentralized messaging system that enables fast, secure communication. The communication comes with encrypted private messages or the ability to broadcast any messages as part of a micro-blogging feature. This system also provides the capacity to make unique IDs that businesses can then use for customers, reference numbers, and invoices with multiple other applications that add compelling value to the use of production sidechains.

This is a blockchain-based trading platform aimed at making trade and settlement occur simultaneously within the trading industry. The Securities and Exchange Commission has allowed them to issue stock using this blockchain technology. The company is still developing applications and determining the best approach to use the Bitcoin blockchain; or integrate with another blockchain. This product will evolve in 2016 and is one to watch regarding its disruptive power to stock trading.

With these types of applications and the emergence of startups and large recognizable brands getting into the market development for cryptocurrency, blockchains, and sidechains for both financial and non-financial uses, it’s an exciting time to watch what could be a revolution in multiple industries and forever change the idea of transactions.