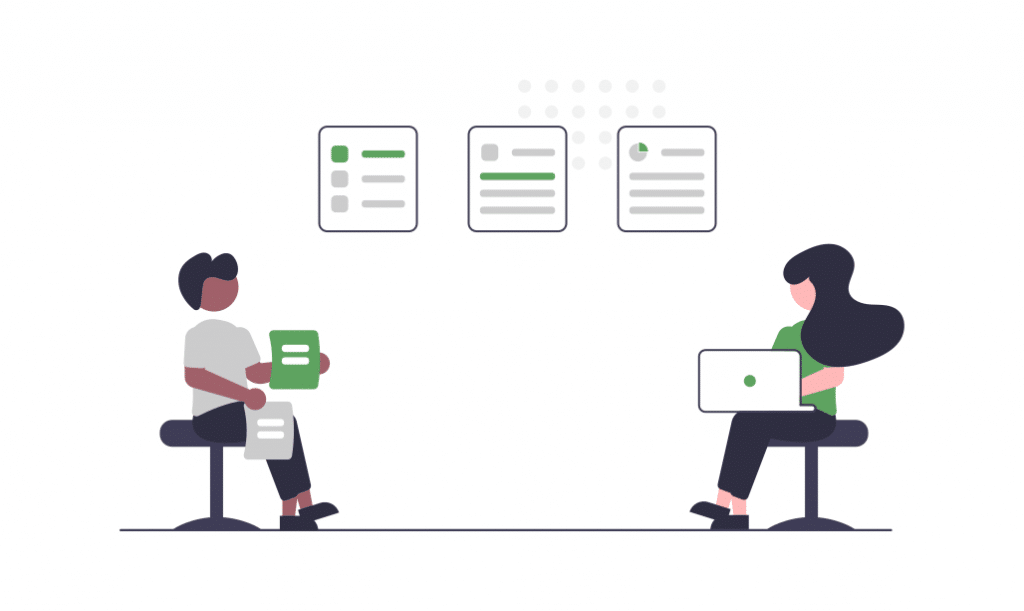 For the average investor, focusing on juggernauts like Apple or Amazon makes sense. They’re not only household names; they’re also proven game-changers. They have also tended to consistently perform well in the markets.

However, smart investors pay attention to startups who are developing new technologies that are changing the game.

While there are hundreds of amazing disruptive startups out there that deserve investing, here are ten that smart investors definitely shouldn’t ignore.

Sure. You can live without a calendar. But, why would do such a foolish thing? After all, calendars create and track key events, activities, to-do-lists, and goals both individually and for companies.

While there’s no shortage of amazing online calendars out there, the fact is they really haven’t evolved to meet people’s modern needs. That’s where Calendar comes into play.

Created by serial entrepreneur John Rampton in 2017, Calendar is harnessing the power of machine learning in order to generate smart suggestions for when, where, and how a meeting should take place based on historical and real-time data. But, that’s just scratching the surface with this dynamic new innovation of a calendar.

The Calendar app also sends reminders and notifications for your most important daily tasks so that you’re working smarter and more productive. It also can also be used to collaborate on schedules, assign tasks, and calculate the fastest route to your next appointment. Calender even integrates with most time tracking, project management, billing, and invoicing platforms.

Simply put, this app has the potential to innovate your time management.

Founded by Dug Song and Jon Oberheide in 2010, Duo Security is a cybersecurity company that creates two-factor authentication for companies. When initially pitched, the co-founders were told that they would have to relocate to Silicon Valley from Ann Arbor. Seven years later, Duo provided them wrong, which is something smart investors should pay attention to.

Duo has become Ann Arbor’s first unicorn company after raising $70 million this past October. The company has also reported that it has doubled its revenue for the past four consecutive years. Even more impressive is that companies like Facebook, Etsy, and Yelp are using Duo to handle their cybersecurity needs.

Smart investors know that consumers spend a lot of money on our pets. In fact, in the U.S. alone, pet owners spend close to $70 million a year on their furry family members. So, whenever there’s an interesting startup in this industry, you might want to take notice.

Wag is an app that connects dog owners with trusted, certified dog-walkers. It was launched in 2015 in Los Angeles and New York after being founded by Jason Meltzer and Joshua Viner. Today, the on-demand dog walking app has expanded into over 100 cities. It also recently raised $300 million from the SoftBank Vision Fund.

Established in 2015 in Cincinnati, Tilr was founded by Carisa Miklusak, Luke Vigent, Sam Pillersdorf, Stephen Shefsky, and Summer Crenshaw. The Ohio startup is hoping to revolutionize the hiring process by eliminating bias during the hiring process.

Here’s how it works. Employees use an app to be matched with companies based on their skills, as opposed to keyword matches or titles. When there’s a match, the job seeker can accept or decline the position. If accepted, they can show up at the designated time and location to start working.

Tilr is only available in four markets but is planning to expand into 12-15 new markets in 2018. Furthermore, the company has recently partnered with BlueCross BlueShield to create Anthem, an insurance program for the “gig” economy workers.

Soofa isn’t the first company to think about smart city technology. But, this Cambridge-based startup is reinventing the idea. This is because of the creation of its solar-powered charging bench that contains cloud-connected sensor brain that’s approachable for anyone.

Founded by Sandra Richter, Jutta Friedrichs, and Nan Zhao, Soofa was spun out of the Media Lab at MIT in 2014. Since then, it’s technology has expanded to more than 100 different cities. It was also voted as one of the Best Visions of the Future at CES 2018 by Engadget.

To further help build communities, the company also created the Soofa Sign. Richter described this as “an off-grid digital community bulletin board that furthers our mission to create urban ecosystems that inspire.”

Richter also said that 2018 has gotten off to a strong start. Soofa just launched a project in Las Vegas and is currently hiring.

After founding OkCupid and SparkNotes, Chris Coyne and Max Krohn are trying for the hat trick with Keybase.

This is a free app that allows people to encrypt their messages, chats, and file sharing across mobile phones and computers. Think Slack, but only private and protected. The company takes this seriously, which is why it noted in a blog post that, “At no point does Keybase have any private keys for any file or chat data. Your device keys never leave your device.”

According to a PitchBook report published in February 2017, Uptake became the fastest company ever to reach a $2 billion valuation. That shouldn’t be shocking considering it was founded by serial Chicago entrepreneurs Brad Keywell and Eric Lefkofsky. If those names sound familiar, it’s because they also founded a little company known as Groupon.

As for Uptake, it’s a predictive analytics software provider. It analyzes sensor data so that it will keep industrial machinery running smoothly by making real-time, actionable suggestions. As such, it ranked number five on the 2017 CNBC Disruptor list.

Uptake secured $117 million in series D funding, during which Keywell said in a press release, “We’re on a growth trajectory now where there is virtually nothing standing in our way from being the predictive analytics market leader across every heavy industry, from oil & gas to mining and beyond.”

“The opportunity is too significant for us to not double down right now.” Smart investors are sure to appreciate that.

Considering that pizza is a $32 billion industry, there’s definitely a market here. But, how can you differentiate yourself from every other pizzeria? How using robots?

Founded by Julia Collins and Alex Garden, this Mountain View-based pizzeria uses robotics and automation while on the delivery truck. This way the pizza cooks while en route so that it arrives piping hot since orders are filled more accurately and quickly. The startup also only uses non-GMO ingredients from local farms.

“We want to make sure everyone has access to high-quality, affordable food,” says Collins. “We wanted to identify places where humans were overtaxed physically, bored, or whether the job they were doing was not safe, like sticking their hand into a 600-degree oven for six hours a day.”

So far, this innovative startup has scored $50 million in funding and could usher in a new era of automated food delivery. Zume is planning to serve the entire Bay Area by the end of the year, but the startup plans to go national as well.

Founded in 2015 by Stacey Ferreira, Talulah Riley, Scott Ferreira, and Lloyd Jones, Forge is an on-demand application that allows businesses to create more flexible schedules for employees — similar to the flexibility that gig workers and Millennials are enjoying. It also tracks the performance of employees.

“Forge is creating an entirely new way for companies to source, hire, and schedule their hourly talent while providing complete flexibility to the employee,” Ferreira told Hatchpad.co. “In the Forge model, [multiple] companies in a [single] geography are using the Forge shared scheduling ecosystem, which allows them to upload the available hours when they need individuals to work in their stores.”

Ferreira added, “They’re then onboarding their existing workforce; those workers have access to see all the hours and select which hours they want to work.”

The company has raised $2.6 million in seed funding and is being used by companies like Amazon, Banana Republic, Target, and Dunkin Donuts.

This fitness app, which was founded by former Apple executive Holly Shelton along with Tricia Choi. It’s aiming to change how people exercise. How? By delivering audio workouts from well-known coaches directly to your personal device.

With MoveWith users can take a range of classes for their body (like cycling), to yoga to meditation. It also encourages new trainers to join and build their business by creating a social following, while sharing a portion of the profits.

MoveWith has raised $3.8 million in funding and is growing 100% per month, which is attractive to smart investors.