Partiya Rosta (the “Party of Growth”), led by Boris Titov, has created its own currency and released a digital wallet to engage members of the movement, signalling new directions for blockchain applications.

Ever since bitcoin was first articulated by its anonymous creator or creators in its 2008 white paper, blockchain technology has been held out as the answer to a myriad of social and economic problems. The blockchain is a transparent and immutable ledger that lies outside of the control or interference of any centralized authority. As blockchain information is public, it offers freedom of multiple things. This includes censorship, efficiencies in costs, a high degree of accountability, a secure and permanent record of information, and more.

Until recently, however, these advantages have only been theoretical. For all blockchain’s promises, the world was not ready to see it rolled out in practice. To be realistic, the technology itself was not yet mature and advanced enough to see a real-world application.

That has started to change in recent months, driven by a number of factors. Greater regulatory clarity around bitcoin and digital currencies has helped. On a technical level, some of the older blockchain platforms – pioneering though they were – have given way to applications that are better suited to mass-market adoption. Lastly, sentiment around cryptocurrencies tends to follow the market price of bitcoin. When bitcoin crashed in 2014, following the implosion of its first exchange MtGox, many pundits proclaimed the death of bitcoin. Then, in the wake of the dot-com bust, bitcoin recovered. Now, at the time of this writing, is posting all-time highs in price.

Russia may not seem like the most obvious location for the adoption of blockchain technology. Many thought that the Russian state would likely not love the transparency of bitcoin. The reality is that a huge amount of innovation occurs in Russia, which has a thriving cryptocurrency scene. The authorities recently relaxed their regulatory stance on bitcoin and are taking a “wait-and-see” approach, rather than attempting to ban this new freedom leaving its many proponents to come in out of the cold.

Blockchain’s first and trailblazing application was bitcoin, which brought, for the first time, peer-to-peer online money transfers. No middleman was necessary; no trusted party was required to keep accounts when moving money over the web. But blockchain is about far more than money. Multiple applications are able to leverage this decentralized ledger. . Boris Titov, chairman of Russia’s Party of Growth, has long recognized this.

57-year-old Titov has a background in business and politics. He started out in a state-owned company before moving into the private sector; from there he rose through the ranks of a petrochemical investment and trading group. He has a long record of public service, and currently holds the role of Russia’s business ombudsman. In this position, he investigates complaints and mediates fair settlements. Within Russia, he is a well-known figure – he was the only Russian leader at President Trump’s inauguration.

As part of his activities for the minority Partiya Rosta; Titov wanted to create an active community based on the blockchain. To do so, he contacted Sasha Ivanov, CEO of the Waves Platform. Waves is a blockchain application that allows anyone to create and distribute their own blockchain tokens.

Having raised 30,000 bitcoins (at the time, around $16 million and now closer to $38 million, thanks to the virtual currency’s soaring value), Ivanov is something of a celebrity within Russia’s blockchain scene himself. The two met and discussed the potential to apply the technology Waves offered to Titov’s cause. “He’s crazy about blockchain,” Ivanov recalls of the meeting.

The result of the collaboration is Upcoin. Also, Waves helped create 10 million digital coins. Everyone who registers on the project’s portal, http://ludirosta.ru, receives an e-wallet. Upcoin will be distributed for participating in community activities; such as volunteering at party meetings.

These Upcoin’s can then be used to acquire a discount from partners for educational programs, yoga classes at the club, and various other services. “Unlike usual loyalty program development and implementation, the implementation of a blockchain token costs very little – it’s several times cheaper. Furthermore, such technology provides benefits such as the full transparency of the system, low friction ecash payments and a permanent, unalterable record of transactions,” comments Ivanov. The Upcoin system won’t just be used as a parallel form of money or loyalty token, though. The blockchain also allows secure online voting. This is also something Titov wants to see his party use as a matter of course.

“For those who have been working in this space for years, aiming to increase blockchain adoption, it’s a vindication of our efforts,” says Sasha.

It will be exciting to watch the growth of these technologies both now and into the future. 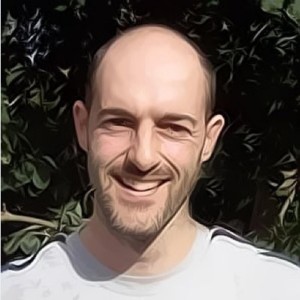