Life After AI: Will Freelancing and Volunteering Replace the 40-Hour Workweek?

There are more than 233,300 industrial robots in the United States, and that number could quadruple by 2025. By 2033, nearly half of all jobs in the U.S. will be at risk of automation by industrial robots, one of which can do the work of more than five people. And the threat isn’t contained to manufacturing. AI has made it possible for automation to take over more complex tasks that once required human brain power.

In the 1960s, AT&T employed more than 750,000 people and was worth $267 billion. Today, Google is worth $370 billion and employs a fraction of that 1960s workforce. Workers are being replaced by technology, through both robotics and AI. What will the future look like if this trend continues?

From the Industrial Revolution to an AI explosion

When the Industrial Revolution began, workers moved away from farming and craftsmanship to work in factories. Large populations moved from the country to cities. Eventually, factory conditions and long work days led workers to unionize and demand shorter work hours, and the 40-hour workweek was born.

Today, the growth of industry robots has pushed human labor out of factories. Jobs that demand human cognition, creativity or social interaction are in high demand.  At the same time, growth in AI is taking over cognitive tasks once reserved for humans. The Associated Press publishes AI-generated corporate earnings reports. IBM’s Watson AI individualized cancer treatment plans. Delivery drivers are beginning to fear their jobs will be replaced by driverless cars and drones.

AI is even taking over customer service jobs with chatbots. Burger King accepts food orders through a Facebook messenger chatbot, 1-800-Flowers uses chatbots to help customers check out on its website and H&M’s chatbot helps shoppers find the styles they’re looking for. According to the “2017 Aspect Agent Experience Survey,” analysts believe banking chatbots will handle 90 percent of customer interactions by 2022. While not everyone feels comfortable around AI, those who have used it are twice as likely to feel comfortable around it than those who haven’t.

A few jobs are safe from the explosion in AI technology. Jobs that still require a human touch, like teachers and caregivers, and those that are extremely complex, such as engineering, will likely survive for some time. By 2030, Pearson predicts the jobs most in demand will be teachers, pet caregivers, lawyers, judges and engineers. But as automation takes over more jobs, the nature of work will likely change again.

Economist John Maynard Keynes predicted that automation would eventually lead to the creation of the 15-hour workweek. As robots and AI continue to encroach upon our jobs, his prediction may finally come to pass. We’re already seeing shifts in the nature of work that might indicate what’s to come.

The future of work: freelance gigs

Since 2010, employment in “temporary help services” has grown more than 50 percent, according to the United States Bureau of Labor Statistics. Freelancers compete for individual jobs and tasks rather than participate in the more traditional job market. More and more services like TaskRabbit, Uber and Upwork are cropping up to connect workers with employers who need a quick, one-off task completed.

These gigs allow users to work on their own schedule and determine  when they’ve earned enough to stop. Gig work frees workers from the strict schedules and expectations of factories and corporations, and it allows more people to work from home.

As more jobs shift away from the office and 9-to-5 employment, many people worry whether there will be enough work to go around. Will people still be able to pay their bills in an economy where jobs are scarce and gigs are plentiful? One solution, universal basic income, is already cropping up in experimental programs around the world.

Universal basic income: money for nothing

Universal basic income is the idea that the government should give money to everyone, regardless of employment or other factors. Not enough money to buy a Ferrari or give up working, but enough to support their families and pay the bills without too much worry. Universal basic income is meant to free people from the burden of working multiple jobs, jumping through hoops to claim unemployment benefits or working full-time while trying to finish college.

As jobs become scarcer and those that persist require more advanced training, the idea of universal basic income has become appealing to many. In a future where robots take over all or most of the work, some believe it may become vital.

In Finland, an experiment in universal basic income gave 2,000 randomly selected unemployed people a basic income of $685 per month, hoping the income would send more people into the job market to spur economic growth. Finland’s unemployment system discourages the unemployed from accepting underpaid or risky positions because they could lose their unemployment benefits. The results of the experiment are expected next year.

A world without work?

Today’s shifting attitudes toward work can be seen in how we spend our money as well. The growth of sites like Etsy, where individuals can sell handmade and vintage products, reflects the value we place on handmade and one-of-a-kind products. As robots and 3D printers take over more product manufacturing, the value placed on handmade artisanal goods will continue to increase. Humans might even return to a barter-based economy founded on the trade of art and handmade products.

Despite the trend toward less work, Americans are unlikely to stop working altogether. In fact, we look to our jobs for more than just money. Americans value jobs that are interesting, benefit society, help others and allow social interaction. These values are likely to keep us working, even if it’s no longer economically necessary. Today, those who work less are more likely to volunteer their time, likely as an outlet for the same things they valued in their jobs. If paid work goes away entirely, or is reduced, volunteering is likely to thrive.

It should be no surprise that Americans look to their careers to find success; without work, they’ll need a new outlet to find success and achievement. Video games are growing in popularity and may one day serve as a source of achievement when we no longer have careers to demonstrate our talents. As technology advances, gaming becomes even more consuming, with augmented and virtual reality adding depth and realness to game play.

Fears that robots will replace us and take our jobs are nothing new, but advances in technology have made the threat of automation more widespread. While robots once only threatened to automate factories and eliminate manufacturing jobs, AI today is growing quickly and will potentially take over nearly all human work.

AI is all around us. While only half of people knowingly used AI in the last year, 34 percent used it without realizing it. AI powers everything from Google Image Search and Siri to the spam filter in your email inbox. While some experts warn that AI could become dangerous to human lives, the threat to our jobs is far more pressing. Before long, AI will start taking over increasingly complex jobs once reserved for human intelligence. 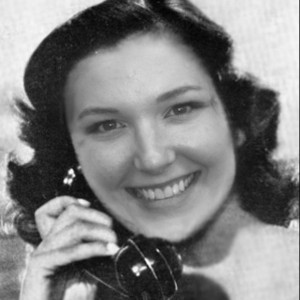 Maggie Kimberl is President of the Bourbon Women Association. She graduated with a degree in English Literature with Honors from the University of Louisville.