How We Invest in Cryptocurrency is Impacted by Regulations 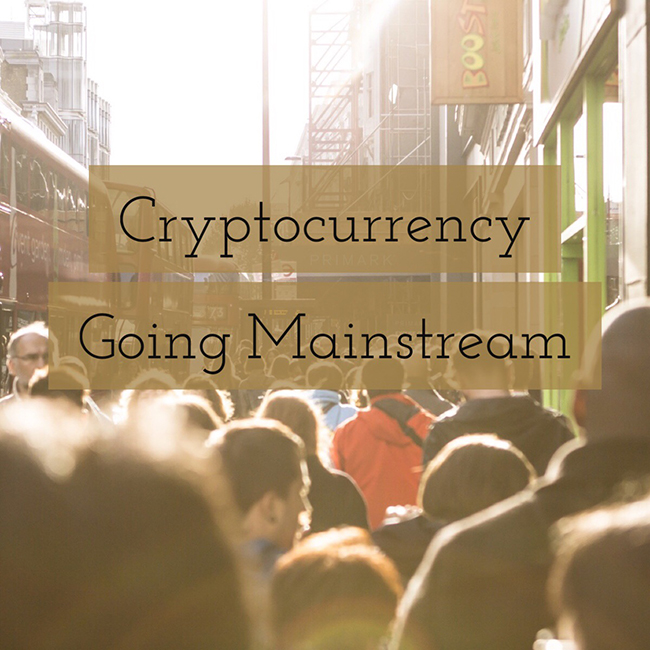 It’s no secret that we’re in the midst of a cryptocurrency boom. The flagship cryptocurrency Bitcoin exploded in value last year from less than $1,000 at the start of the year to nearly $20,000 by mid-December. Millions of consumers flocked to Bitcoin and new cryptocurrencies, mining and exchanging in the hopes of making similarly exciting gains. Now, how we invest in cryptocurrency is getting more attention.

In fact, it’s motivating policymakers to act. Around the world, they are cracking down on crypto investing with new regulations and oversight to protect investors (and government interests). What would these regulations do, and how could they change how we invest in cryptocurrency?

Government Interest in How We Invest in Cryptocurrency

One of the most important advantages of cryptocurrency is the fact that it’s decentralized. In other words, it’s designed to operate outside the control of existing governments. Hypothetically, the emergence of government regulations would compromise that advantage. Yet, governments feel the need to step in and dictate how we invest in cryptocurrency for a few main reasons:

What types of regulations could governments introduce to control some of these factors? And, how would this affect how we invest in cryptocurrency? Here are some thoughts.

The Securities and Exchange Commission (SEC) has already taken aim at ICOs. They’ve named them as a critical point of vulnerability for investors. ICOs are somewhat dangerous because of their inherent volatility. Consumers may be misled to believe a new coin has enormous growth potential. Then, they discover it isn’t backed by anything or doesn’t have a team of qualified developers behind it. Future regulations could require ICOs to be registered with the SEC before filing. Or, they may require ICOs to give more information to consumers, distributing booklets’ worth of data on the ICO before accepting any contributions. This would make ICOs far less common and costlier for developers. While this would reduce the quantity, it could potentially improve the quality of ICOs.

Currently, the CFTC recognizes Bitcoin (and, presumably, other types of cryptocurrency) as a commodity. This holds it to the same standards as commodities, which get fairly complex. Among other protections, the CFTC guarantees consumer protection against schemes and insider trading. Should this identification system change, cryptocurrency would be under the scrutiny of a different governing body.

The IRS and State Reactions to Cryptocurrency Investing

Right now, the IRS encourages taxpayers to treat cryptocurrency holdings like property. This means recognizing capital gains or losses on that property accordingly. This is a reasonable policy to expect since most investors are treating cryptocurrency as an investment. It’s unlikely that the IRS will change its position to make cryptocurrency profits untaxable. Therefore, the tax status of cryptocurrency will not change at all in the near future. If it becomes more accepted by the federal government, there may be special incentives or penalties for investors. However, this is likely years away.

Specific states have started stepping up to pass their own crypto-related legislation. For example, Arizona is friendly to cryptocurrency, currently accepting tax payments in Bitcoin. States wouldn’t have much power to enforce complex trading rules like the SEC or CFTC. Yet, they would have the power to influence how people adopt and use cryptocurrency daily. Enough states promoting the use of cryptocurrency as a payment method, or those offering incentives for investors, would likely encourage the federal government to take more regulatory action.

According to the United States Department of the Treasury’s FinCEN, “virtual currency does not have legal tender status in any jurisdiction.” As far as the federal government is concerned, cryptocurrency isn’t an official currency and won’t be for years to come. If the government ever decides to reverse this position, owing to increasing popularity of cryptocurrency in the United States, it will likely attempt to introduce its own currency. This could produce a digital version of the U.S. dollar. This would give it full regulatory control and oversight over the valuation and distribution of the currency. Also, it would have a pronounced effect on legitimizing digital currencies.

Most cryptocurrencies use “mining.” Users that contribute to the peer-to-peer infrastructure receive tokens. Anyone who can put together a rig with a few GPUs and the right software can hypothetically create digital currency out of thin air. Most large currencies like Bitcoin have a fixed endpoint. Only 20 percent of Bitcoins remains left to be mined. The last Bitcoin is expected to be mined in 2140. Increased government oversight could require new coins to follow a strict schedule for mining payouts along with fixed endpoints.

Regulatory Issues in Other Countries

Some countries have adopted a relaxed attitude toward cryptocurrency. These countries view it as an opportunity rather than a threat. Or, they consider it harmless in the long run.

Others, like China, have banned ICOs and certain cryptocurrency-related actions altogether. In China, financial institutions cannot accept or use any type of virtual currency. National rules could influence the international scene. This might persuade the United States to lean one way or the other based on outcomes in other countries.

The Future of How We Invest in Cryptocurrency

For now, regulations on cryptocurrency are somewhat loose. You’re free to engage in most crypto-related activities that you would like. Plus, providers are free to offer coin however they like. However, the CFTC and SEC are on the lookout for schemes and threats. Hence, they will bring charges against people trying to exploit the system.

The real question is how things will change in terms of how we invest in cryptocurrency when it becomes even more mainstream. Currently, virtual currencies are investment opportunities rather than a veritable payment system. Think about it. How many people do you know who actually pay for things with Bitcoin? When cryptocurrency has a pronounced impact on consumer purchasing decisions, we may see some dramatic overhauls of existing laws and regulatory oversight.