How to Get Over the Fear of Failing as a Freelancer 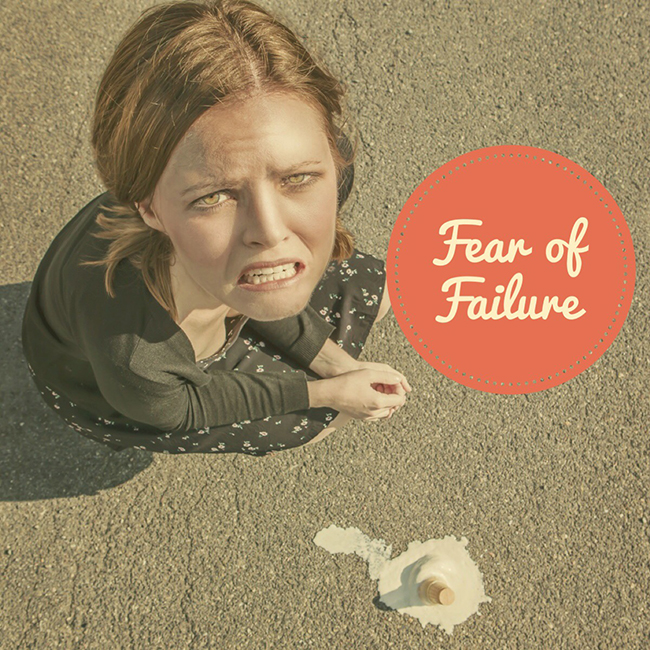 I often times have blog readers sending me emails expressing their concerns over quitting their jobs to go into freelancing full-time. Although they are making money in their side hustle, and although the know they can turn it into a viable a business, they have a very strong fear of failing as a freelancer.

I, myself, have had to overcome the fear of failing as a freelancer multiple times. The good news is I can report from the other side after nearly three years of freelancing I’m happy to report that I’m making way more money than I ever did at a regular job.

Here are the things that helped me overcome the fear of failing as a freelancer.

Realize there’s no such thing as a secure job.

Sorry to break it to you, but a full-time job is no more secure than freelancing. In fact, it may even be less secure in many ways.

Before freelancing full-time I worked as a recruiter for a company that specialized placing candidates in Fortune 500 companies. I can’t tell you how many times I interviewed individuals who lost their jobs (and thus all their income) from one week to the next. It’s a sobering reality, but it’s one you can use to get over your fear of failing as a freelancer.

We’re in the gig economy, which means it’s easier than ever to find freelance work and do it all from the comfort of your own laptop. Long story short, freelancers are finding it easier to get work and companies have become more open to hiring freelancers.

Statistically speaking, you will probably make more money on your own.

It’s no secret that wages for regular jobs have been stagnant for decades. In fact, it’s one of those topics our current presidential candidates love to talk about. That’s why it’s very likely that you’ll probably make more money as a freelancer simply because you have more control.

To put it into perspective, The Freelancer’s Union and Upwork released a study last year that found that most of the freelancers they surveyed reported they were making more money than they did at a regular job. I certainly fit into this category as do many of my colleagues.

If you’re one of those people who thinks they won’t make enough money and therefore experience failure as a freelancer, let this serve as proof that it’s not necessarily true.

You have more control.

Here is the main reason that you shouldn’t be so afraid of failure as a freelancer: you have more control when you’re a freelancer. That means that you control the money, you can course correct, you can determine how much you make and you run the show.

This actually gives you more of a say and more leeway to overcome mistakes. Additionally, you may lose a client as a freelancer, but you haven’t lost all your income. And at that point you know that all you need to do is a hustle a little harder to find a new client.