Blog » Due » Four Sectors Blockchain is on the Point of Changing
Updated on November 8th, 2020 Published By Guy Brandon Ever since bitcoin rose to mainstream attention, we’ve been hearing what blockchain tech could be used for – ecash payments, bank clearing, patents, stock trading… the list goes on. But in looking at how blockchain could change the world, we run the risk of missing where it is poised to make a difference right now.

Here are four sectors that are either already being changed by distributed ledger technology, or are set to get a blockchain-based makeover in the coming weeks and months, rather than years down the line. In each case there’s a clear problem that needs solving.

The gaming industry is huge – estimated to touch $100 billion in revenues this year. That shouldn’t be surprising when you realise that some multi-player games have millions of players. These games can have complex in-game economies with their own currencies – and that brings a number of pinch points for players and game companies alike. Gamers have trouble depositing and spending as much money as they want due to the inefficiencies and barriers of the global banking system, which is a problem for those experts who make a living out of playing their chosen titles. They may be reluctant to provide their credit card details online, and may want to spend money anonymously for various reasons. Once they do get money into a game economy, they can’t easily transfer it to another game, and are often concerned about storing large quantities of game currencies safely.

For gaming companies, there are big fees that have to be paid to access the best publishing platforms. Developers may have to wait up to two months to receive payments from gaming platforms and aggregators. Really successful games rely on expert players who spend big, but moving that quantity of money into and out of the system is beset with problems, not least due to AML (Anti-Money Laundering) and KYC (Know Your Customer) regulations. All of this means that developers don’t have control over the money that’s rightfully theirs.

Cryptocurrency solves all of these problems. By creating an open currency on a blockchain that can be traded independently and moved around freely, you remove these frictions at a stroke. That’s exactly what European game developer Datcroft plans to do before the end of the year, using the established GameCredits cryptocurrency as a gateway for the whole gaming industry – starting with their own flagship MMORPG Fragoria, which boasts over 7 million user accounts. GameCredits will act as a kind of friction-free bridge or reserve currency for the gaming world. As mainstream adoption for cryptocurrency goes, it doesn’t get much better than that.

The loyalty sector is similarly big business: over $60 billion and forecast to grow to $100 billion by 2020. Its problem? It doesn’t work very well. Reward points as they stand just aren’t very rewarding, as the number of unused plastic cards in the average consumer’s wallet suggests. They simply don’t offer enough value to make them worthwhile. Moreover, that’s all part of the maths behind it, since every time a merchant issues a reward point, they take on the liability that they may one day have to redeem it for goods and services. Ironically, too much loyalty is bad for business.

Blockchain can offer different advantages here. Firstly, there are straightforward efficiencies. Loyyal uses a blockchain-powered approach to make reward schemes easier to issue and administrate. Businesses and even whole sectors can club together to form coalitions, for example, whilst retaining flexibility for their members.

But the blockchain can also change the economics of loyalty, not just the technology and administration. By putting a reward token on the blockchain, you can choose to make it freely transferable (unlike existing loyalty points) and therefore tradeable – thereby giving it actual value. Instead of issuing points like fiat money, merchants can now designate a variable proportion of each transaction and buy them off the open market, like a form of configurable cashback. They can also set the discount they will offer for payments in this currency. This is exactly the approach taken by Incent. Initial research has shown that merchants love the idea, not least because there is no forward liability: their costs are known up-front. If they succeed in capturing even 0.1% of the projected $100 billion market, there’s a bright future in store. More to the point, merchants will be able to offer customers a token that actually encourages them to return to their store.

The sharing economy has really taken off in the last couple of years, with companies like Uber and Airbnb blazing a trail. They remove the gatekeepers in their chosen industries, allowing people to deal with each other directly and trade goods and services peer-to-peer. Adding blockchain payments to this dynamic is a natural step.

ChronoBank is doing just that, aiming to disrupt the short-term recruitment industry by enabling anyone to work in return for time-based tokens that trade freely and can be redeemed for goods and services or sold for other currencies. It’s a free-market approach to timebanking, an idea that has been around a couple of hundred years – most notably in Ithaca, New York, which has a thriving local economy based on the Ithaca Hours currency. Whilst traditional timebanking doesn’t scale well, however, a blockchain-powered approach can – and is well positioned to connect buyers and sellers in the 21st century global labour marketplace. One of ChronoBank’s founding members is Edway, an Australian labour-hire company with almost 400,000 personnel.

Born in an era where accessing credit wasn’t easy, crowdfunding platforms like Kickstarter are now coming into their own, with companies, entrepreneurs and artists looking to their fans and customer bases to fund new projects. But as ever, there are costs involved, and limitations. There are fees for users (so not all of the money is used for its intended purpose), it can be difficult or expensive to back a campaign based in a different country, and once you’re in, you’re stuck – there’s no easy way of exiting your investment.

Enter crypto. In fact, the ICO (‘initial coin offering’) has been the de facto way of funding new blockchain platforms for two or three years now. By using bitcoin and other popular cryptocurrencies, investors can deposit any amount of cash from $1 to $100,000 or more to a project, regardless where they are in the world and with almost zero fees, in return for a token representing a share of the new platform. These tokens are freely transferable and trade on exchanges, meaning it’s simple to sell your investment to someone else at any stage of the project. The success of this approach is clear by the amount of funds popular platforms attract. It’s not uncommon for a promising blockchain application to raise at least $1 million in bitcoins, and others have raised far more. Lisk and DigixDAO raised $5.5 million each, Ethereum $15 million and Waves $16 million. It’s fair to assume this approach will continue to gain traction. 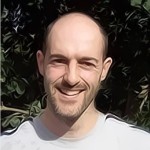