Blockchain is still a nascent technology, but it is perhaps the biggest disruption mechanism that the world of finance has had to deal with. Decentralized finance has gained popularity over the previous year, and not many people fully understand its promise and its pitfalls. Currently, traditional big banks and FinTech startups divide the world of finance. Many FinTech processes are pushing our world into the future, and DeFi is a potential game-changer for finance.

What is DeFi, and why can we change the way we think about financial processes?

Decentralized Finance – What it is

Our current financial systems work in a centralized model. A central authority governs the system and often determines who has and doesn’t have access to it. Centralization exists at every step. Governments decide which institutions get to take part in the system by controlling licensing procedures at the highest level.

Central banks fix lending rates and control interest rates in the economy. Banks and institutions decide who gets to open an account with them and strictly monitor transactions for fraud and other illegal activities. If you, the consumer, want to open a bank account, you need to prove who you are, where you live, and what your sources of income are at all times.

This model restricts access to people based on credit and geography. For example, a citizen of France can open a bank account in the United States, but this is an inconvenient choice. DeFi aims to throw a wrench into these centralized mechanisms.

In its simplest form, DeFi is a peer to peer network built on a blockchain. It aims to eliminate the gated nature of traditional finance. Building applications with DeFi protocols have the potential to disrupt traditional finance. For example, peer to peer lending networks removes the role that a bank plays in the lending process. Cryptocurrency is also an example of the role DeFi can play in modern economies.

Currently, most DeFi apps are built on the Ethereum blockchain. According to Consensys, there is over $7 billion worth of smart contracts on the blockchain. Such a large volume means the number of use cases for individuals and companies is increasing daily.

Traditional finance systems use gatekeepers to evaluate the legitimacy of transactions. While these gatekeepers reduce the degree of democracy in a system, they play a valuable role in providing confidence that the system will work. For example, when you borrow deposit money in a bank, you have every reason to believe it will be there when you need it.

The entire blockchain validates a smart contract. This builds confidence in the DeFi network. These contracts are immutable, which eliminates the need for a gatekeeper. For example, if you want to borrow money, you can enter a smart contract with a wide network of peers on the blockchain. Loans are legitimized by the network and cannot be “lost” or “misplaced.” The transaction doesn’t need gatekeepers to validate it.

DeFi isn’t so much a technology as it is a new paradigm for how we think about financial transactions. Cryptocurrency, which is the most popular form of DeFi, seeks to rethink money. DeFi goes beyond that. It allows more resources to be monetized and very definition of asset changes. For example, blockchain can enable pharmaceutical manufacturers to monetize their data.

Thanks to the private nature of blockchain networks, security isn’t an issue. Greater trust is the result, and individuals and companies can rethink the ways they can make money. There are other benefits of DeFi, apart from this.

The Benefits of DeFi

Aside from many use cases that DeFi applies to, there are technical benefits that it consists of. Here they are in no particular order:

Blockchain data is tamper-proof. As a result, clear audit trails and security are easy to establish. It eliminates the need for security intermediaries and processes that slow the pace of transactions.

DeFi protocols are currently built into Ethereum’s stack, and this means applications integrate easily with each other. It’s easy to improve protocols by building new layers on top of existing ones. All protocols on a network can learn from one another and evolve continuously.

Since DeFi is built on blockchain, anyone with an internet connection and a crypto wallet can access services on the network. Previously underserved sections of society can access innovative products.

DeFi protocols allow users to maintain custody over their assets. They don’t need to rely on third-party actors to maintain security. As a result, the monetization of assets and innovation increases.

DeFi protocols are built using open source code that allows anyone to view it, audit it, and improve it. Transactions are verified with the entire network as part of security protocols.

Smart contracts can be programmed to suit any deal’s terms, and this flexibility allows for the creation of new assets and deal structures.

All of these benefits mean there are many use cases that DeFi can potentially apply to.

Compared to the traditional financial systems currently in place, DeFi is an inherently resilient system of finance. Here are a few examples of how DeFi protocols can be used.

Complete ownership of data changes the way users think about their assets. Users can currently use DeFi apps to lend and earn interest on their crypto holdings using wallets and apps such as MetaMask and Gnosis Safe.

Unlike traditional finance that depends on KYC (Know Your Customer), DeFi apps work based on KYT (Know Your Transaction). This changes the way anti-money laundering teams think about transaction privacy and verification. Getting rid of the identity-centric nature of finance is potentially possible.

DAO stands for Decentralized Autonomous Organization. These protocols enhance user experience on the blockchain and allow them to access more financial applications. For example, Compound is an interest-earning protocol on Ethereum’s network. Maker another example of such a protocol.

Complex derivatives contracts are currently traded over the counter and rely on extensive human intervention. Everything from the rules of the agreement to performance measurement needs a strict definition. Defining these terms is simple but codifying them and automating their enforcement is touch. Smart contracts bring a new dimension to the picture, thanks to their customizable nature. Trading complex derivatives between parties is a lot easier and can be done without an intermediary.

As the nature of assets changes, insurance changes as well. Providers such as Nexus Mutual offer innovative products such as smart contract insurance that protect parties from unintended smart contract code use.

Lending is what most DeFi apps are currently focused on. DAOs such as Compound match lenders with borrowers and allow easy access to crypto tokens. Lenders can earn interest on their holdings as previously described. Compound also powers DeFi margin trading, and traders can borrow funds to trade tokens. Automating brokerage functions is easy. There’s no need for an intermediary to provide margin services.

P2P payments have the potential to bring financial security to people no matter where they are on the planet. This removes the geographical barrier to finance that is currently present in traditional systems.

One of the knocks against cryptocurrency is its volatility. DeFi protocols allow developers to create so-called Stablecoins, which derive their value from a basket of cryptocurrencies. This reduces volatility and allows users to earn steady returns on their investment.

Experts believe this is an area that will witness major developments soon. Tokenization occurs when an asset is digitized and managed on a blockchain. Everything from real estate to stocks can be potentially tokenized, and this opens a world of opportunities to investors.

The Limitations of DeFi

Despite its promise, there are certain challenges that DeFi faces. Blockchain is still a nascent technology, so this state of things is understandable.

Financial transactions aren’t currently as “open” as DeFi developers would have us believe. This is because the average DeFi product isn’t designed for the average person. The UI and UX of a DeFi app are incomprehensible for the average user, and there isn’t any effort from developers to smooth the learning curve. To use a DeFi app properly and even understand its use, a person needs to be an active user of cryptocurrency.

DeFi protocols claim that anyone with an internet connection can access its benefits, but this isn’t true. A lack of identity and government policy is what limits access to finance.

Identity verification is what drives KYC rules and underpins everything to do with AML procedures. It’s hard to imagine that an institution dealing with billions of dollars will be comfortable entering transactions with unknown parties, no matter how secure the transaction might be.

This hesitation extends to regular users as well. For example, a user might receive a transfer of funds from someone else on the network. To translate their cryptocurrency into fiat money, they need to prove who sent them the money. DeFi makes this impossible to do, and this prevents widespread adoption.

A person might have a stable internet connection, but if their government decides to ban cryptocurrency ownership and severely limits conversion to fiat currency, DeFi can’t do much for them. DeFi evangelists usually point to the eventual widespread adoption of cryptocurrency as being the solution. However, the lack of KYC protocols hampers widespread crypto adoption.

The fit for institutions isn’t entirely clear either. Large financial institutions indeed have better use cases for DeFi, but currently, the speed of network transactions is an issue. Besides, there’s still the problem of the lack of identity protocols. DeFi evangelists claim that identity protocols are what they’re trying to disrupt, but it’s hard to see how KYT can ever replace KYC from a practical standpoint.

Finally, DeFi hasn’t yet cleared the large-scale regulatory hurdles that centralized finance has. As a result, crypto power users are the only people who use it. Correcting or reversing account level errors is impossible due to the lack of a central authority. For example, if you entered an incorrect amount in a transaction, you can call your bank and correct it. Such a scenario is impossible with current DeFi protocols.

What the Future Holds

Despite these limitations, there’s no doubt that DeFi offers a fascinating path that finance can take in the future. The biggest hurdle that DeFi protocols need to clear is the lack of identity requirements. The existing financial system is extremely centralized. However, there are just as many issues raised by complete decentralization.

For example, it’s no secret that cryptocurrencies attract certain bad actors, damaging their reputation. The blockchain has also acquired a less than positive reputation thanks to this phenomenon. It’s hard to imagine a reputed financial institution, with huge compliance and AML infrastructure, suddenly deciding to trust KYT norms and abandon the need to ascertain identities.

Digital identity development is what developers need to focus on to ensure widespread DeFi adoption. Developers are making progress in this regard. We’ll have to see how the blockchain community reacts to these changes.

There are massive potential advantages and disadvantages associated with DeFi. We must remember that this is still a nascent technology, and it’s unfair to write it off after comparing it to centuries-old infrastructure and protocols.

Centralized finance has issues that DeFi can solve. Instead of looking to overhaul the system completely, perhaps greater collaboration holds more promise. As of now, we’ll have to see which path DeFi takes. 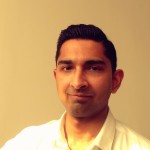 Vivek Shankar is a ghostwriter focusing on FinTech and B2B finance. When he isn't helping his clients reach their marketing goals, he can be found geeking out over a new piece of tech.