Attention, CFOs: Transactional Marketplaces Are Not Your Friends

A staggering 43 percent of the U.S. workforce is projected to be part of the gig economy by 2020, which is welcome news for swamped CFOs and their overloaded teams.

Many have watched bandwidth burnout destroy their best people or continuously pushing nice-to-do projects aside. Instead, CFOs are working with freelance financial analysts, controllers, and other talented individuals to wipe projects off the whiteboard. After all, the freelance marketplace offers greater access to talent, reduced overhead costs, and faster deployment that can keep a business humming.

Considering that Gallup found that more than half of full-time workers want balance from their jobs rather than a to-do list that doubles every month, this shift is coming at an opportune moment. Marketplaces aimed at overburdened managers have been springing up like weeds. Platforms like Upwork, Freelancer, and Craigslist allow freelancers to pitch for and bid on assignments on the fly.

While these transactional marketplaces serve an important role in educating the business world on the benefits of the freelance economy, they are not without their own downsides and a lot of friction — vetting issues, consistency problems, and a lack of transparency. These hurdles are not insurmountable, but they highlight a few reasons managed marketplaces provide a better fit for CFOs who are tired of trying to do more with fewer people.

Cracks in the Transactional Marketplace Veneer

On the face of things, transactional marketplaces (think Upwork) do offer access to the right talent at the right time. Instead of going through a series of in-depth interviews, hiring managers can head straight to the meat and potatoes.

These marketplaces serve their purpose, but the managers using them don’t have the best experiences. Considering that more than 57 million Americans are actively freelancing, there is no shortage of available talent. But that means recruiters must sift through hundreds of profiles to find people who have the skills they need. These folks have ratings. Usually, however there isn’t enough information to tell you whether they have worked in your specific industry or tech stack.

Even worse, you have no clue whether the person who rated them provided an accurate score. If the supervisor has no accounting experience, for instance, how does he know whether the freelancer’s monthly financial reports are correct?

In general, the platforms don’t intervene much between buyers and sellers. Because of this, you have no idea whether the person you hire has the qualifications he lists. You also don’t have any guarantee of the quality of the end product. One bad experience can quickly sour companies on working with freelancers, which explains why a paltry 36 percent of small businesses told Manta they trusted the freelancer hiring process.

Another issue with transactional marketplaces is a lack of consistency. Most gig workers are multitaskers who serve multiple masters. They constantly need to bid on dozens of new projects to land one or two to ensure their income. In fact, a recent survey by PayPal found that the chief concern for 38 percent of freelancers is their ability to be paid quickly for a consistent flow of work.

This lack of consistency can eat away at availability. This means you might not be able to work with your preferred freelancer on a particular project. Moreover, this divided attention can cause freelance workers to lose focus, delivering poorer-quality work.

Some business leaders are used to a team that works together while considering the company’s holistic needs. Freelance workers, though, are not always used to collaboration. Transactional marketplaces aren’t set up to encourage or incentivize collaboration. Let’s say you have a project that requires multiple inputs. It will be like herding cats to find the multiple people you need at the same time and get them to work together when they might have just met (virtually) for the first time.

The Checks and Balances of Managed Marketplaces

Like their transactional counterparts, managed marketplaces can connect you with the contractors you need to tackle a project. The difference between the two types of platforms is the range of checks and balances inherent to the managed system.

In a managed marketplace, the platform serves as a hands-on intermediary rather than a mechanism of exchanging money for work. Accordingly, a managed marketplace’s value-added services allow its principals to charge higher premiums. With the money received from every paid deliverable, the marketplace can invest in stronger customer service and enhanced proprietary technology. These investments help differentiate itself and deliver even more value to all constituents.

Compared to their transactional counterparts, managed marketplaces offer a much-needed cushion of trust. The marketplace vets every single gig worker — including skills assessment, phone interviews, reference checks, etc. This can be particularly useful for executives who might not be experts in certain areas. A manager who wants a financial mobile app created probably isn’t an expert in building mobile apps. However, she can rely on the marketplace to provide her with individuals who are. Let’s say the marketplace can allay her fears that she will choose someone who cannot complete the task. She will likely pay more money for the peace of mind rather than write off the gig economy.

Managed marketplace algorithms work to match the best possible candidate to each project based on a few factors. These include previous experience, a background with companies in similar industries, tech knowledge, and any other number of metrics. Once a hiring manager knows each potential freelancer has the same foundation of skills and knowledge, it boils down to a decision based on personality fit. This can save companies from sifting through dozens of résumés and their dizzying array of prize points, skills, and qualifications. Instead, the best-fit freelancer is delivered to the manager’s doorstep.

Managed marketplaces can also incentivize gig workers to recommend colleagues, allowing companies to hire viable teams whose members mesh well. Many companies would welcome the opportunity to be able to get an accountant’s recommendation from a freelance financial analyst who can vouch for his colleague’s talent. Companies have the ability to build a team of freelancers around their projects and challenges, bringing in individuals to support evolving needs rather than having to go through an extensive vetting process every time they need something done.

There’s little doubt that companies will need to be more open to the freelance economy in the coming years — particularly for assignments and duties that require specific skill sets like finance. While transactional marketplaces can certainly get the job done (if you have the time and energy to navigate them), managed marketplaces can deliver superior results while eliminating a lot of unnecessary headaches. A managed marketplace might have slightly higher rates than a transactional one, but remember that you truly do get what you pay for when it comes to freelancers. 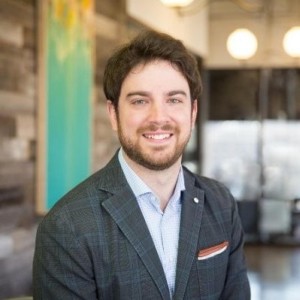 Michael Burdick is the CEO of Paro, the alternative employment model for the future of finance work. Paro's purpose is to empower people to do what they love.