5 Simple Money Habits That Helped Me Pay Off Debt

If you’re like most Americans, you’re dealing with some type of debt, and maybe some bad money habits. And, debt can be a huge burden, especially if you’re juggling payments with other expenses while saving for future financial goals.

Does this sound familiar? If so, you probably can use some suggestions on how to best pay down your debt. Earning more money can certainly help you pay off debt faster but it’s not the only option. In my case, income was not on my side when I started paying off my $30,000 of debt in 2014. With an annual income of only $28,000, I wanted my debt gone ASAP.

I had to get creative and soon realized that I needed to develop better money habits. Within three years, I was debt-free.

To help you pay down your debt when your income is low, check out my top 5 tips.

Tracking your spending is a crucial money habit to develop regardless of your financial situation. When I wasn’t making a lot of money. I realized that I needed to keep a close eye on every dollar if I wanted to maximize debt payments.

For starters, I was spending extra money on things I didn’t really want or need. So, I began tracking my spending weekly and sometimes daily to make sure I was spending with a purpose and not wasting my hard-earned money.

I even used the Mint app to track my spending automatically. Now, I just spend a few minutes every other day looking at my bank account statement and categorizing my expenses in my budget spreadsheet.

2. Stick to a Realistic Budget

Budgeting is the best way to meet any financial goal, especially when you need to pay off debt. But, if your budget isn’t realistic, it won’t be sustainable.

A budget is basically a specific spending plan for your money. When creating my budget, I included categories for extra debt payments, along with fun and entertainment. This way, I wouldn’t feel deprived. At the same time, I cut out and reduced expenses for things I didn’t really need, like a high cell phone bill, excessive dining out, cable, and full-coverage auto insurance.

Since my budget still left me fun money, this made it easier to stick to my spending plan.

I became frugal by necessity in order to save money, but I later remained frugal by choice because I liked the lifestyle I created for myself.

Being frugal is different from being cheap.

Instead, being frugal allows you to get clear on your values, separate your wants from your needs, and become more resourceful to live the life you want. This helped me avoid lifestyle inflation by keeping my expenses low. In turn, I was still able to lead a comfortable lifestyle.

For example, if being cheap was my goal, I could have moved back in with my mom. But, I valued having my own space, so I continued to pay a reasonable rent rate at my apartment while monitoring spending in other areas. This helped me boost my debt payments – #winning.

Earning extra money can help you pay off your debt faster if you use the added income to make additional payments.

For example, during my debt repayment journey, I started freelancing to make extra money and had the opportunity to earn a bonus at work each month. Whenever I earned side income or received a bonus, I put the extra cash directly toward paying off my debt or boosting my savings accounts. I even built up a $2,000 emergency fund cushion.

Having this emergency fund helped me avoid getting deeper into debt because it gave me necessary cash to handle surprise expenses.

Finally, I had to change my mindset surrounding money.

I grew up in a single-parent household with a low income. I then found myself in the same situation. I was raised thinking that there was never enough money to go around. I had a negative relationship with money and saw it as a limited resource.

I realized that I was operating under a scarcity mindset and it was getting me nowhere. I had to change this if I ever want to reach my financial goals and earn more money. So, I began to view money as an abundant resource. Instead of saying “I can’t afford to pay off my debt,” I started saying “How can I afford to pay off my debt?” Instead of dwelling on what I didn’t have, I focused on the abundance all around me.

I then created a strategy and adopted the money habits mentioned above. So far, so good. With an abundant mindset, I continue to improve at managing my money overall. If I can do it, you can too!

Related: [5 Smart Money Habits to Bring Into the New Year] 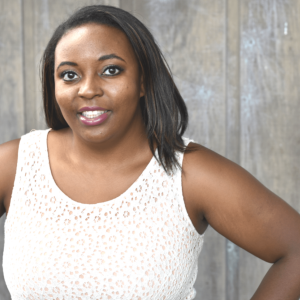 Choncé Maddox is a debt expert. She helps ambitious millennials and Generation Z get our of the mounds of debt they are in following college. In 2015 she realized she couldn’t afford to do her own laundry, she was so broke. She had to make a change. Over the next three years she personally tackled $50,000 in debt and became debt free. She teaches others her passion since.