5 Key Things You Need to Know About Digital Wallets 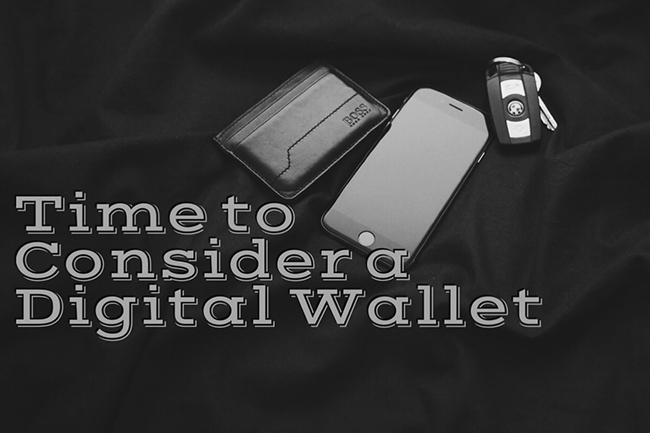 When was the last time that you wrote out a check or carried around a $100 bill? For most of us, it’s probably been an extremely long time thanks to digital wallets.

Despite the fact that digital wallets have been around for years, people have taken notice to the numerous benefits that they provide, such as security, speed, and eco-friendliness. However, there’s still some misconceptions regarding in this area. So, we decided to clear a few things up by sharing these 5 issues that you need to know about digital wallets.

1. They’re just a digital version of your physical wallet

“Just like your ordinary wallet, you fill your digital wallet with credit cards — either by manually entering card information or snapping a photo of your card,” explains the folks over at the Pentagon Federal Credit Union. Digital wallets also store debt and loyalty cards, so that you’ll always have them with you when you leave the house, or avoid those moments when you fumble through your wallet or purse searching for a piece of plastic.

When it’s time to make a purchase, you “take out your phone, tap it to a payment terminal, and use a fingerprint or Personal Identification Number (PIN) code to authorize the transaction.” Your phone then “communicates wirelessly with the payment terminal using near field communication.”

However, not all retailers accept this technology, yet. Some wallets, such as Samsung Pay, have found a loophole. On top of using near field communication (NFC), “it can also use magnetic secure transmission (MST).” This means that your phone can “mimic the magnetic stripe on your credit card, and it lets you use Samsung Pay at almost any retailer with a magnetic stripe reader.”

At the same time, digital wallets can be used to store payment information, whether it’s a credit card or bitcoins, that can be used to exchange money to anyone else in the world securely, quickly, and affordably.

As with any new technology, there’s definitely a lot of concern over the security of digital wallets. However, these digital wallets are proving themselves to be more secure and safer than swipe cards and chip-enabled cards. This is because they encrypt data using tokenization so that personal information, like your credit card number, is concealed. This means that it is difficult (much more difficult), for a third party to intercept data. Digital wallets also rely on security features like biometrics and two-factor authentication to approve transactions.

“It is the same technology used (in) mobile banking, and that’s has already proven to be a very secure environment. You can steal cash and credit cards, but you can’t steal something that is linked to your phone,” Robb Gaynor, chief product officer at the app company Malauzai Software, told Bankrate.

Just keep in mind that just because digital wallets are secure, they’re still prone to fraud. And, as the technology becomes more embraced, we can expect nefarious individuals to try and figure out how to get around these security features. As with everything we do digitally, and every invention in the world — some person will try to hack it.

Digital wallets are often associated with smartphones. And, it’s easy to understand why. Juggernauts like PayPal, Google Wallet, and Apple Pay offer digital wallets that come in the form of a mobile app. However, digital wallets can come in plastic form, such as the Coin. This is a physical card that stores all of your payment. FitBit has acquired Coin’s wearable payment platform so that you can access a digital wallet on that wearable device.

During the 2016 edition of the Outside Lands Festival, PayPal teamed up with events tech company Intellitix to provide a point-of-sale system that worked with the radio frequency identification, or RFID chips, like the wristbands for attendees of a festival. In other words, the crowd could pay for food, drinks, and merchandise by using a wristband.

As technology continues to advance, digital wallets won’t be limited to just smartphones. They’ll be stored and accessed on wearable devices and maybe even eventually connect to the Internet of Things (IoT).

4. There are two major groups; proximity and remote

Dr. Danny Fundinger states that a “proximity wallet (also called mobile wallet or NFC wallet), is used for authorization and transactions involving entities that are physically close to each other.” Dr. Fundinger adds, “The core usage scenario is a proximity interaction between the mobile wallet and the control or acceptance entity.” Gratefully, this problem has been solved thus far.

“In contrast to proximity wallets, with a remote wallet (also called mobile wallet, digital wallet,cloud wallet or e-wallet) the parties and entities involved in the authorization and transaction process (like payer and payee) are not physically close to each other,” explains Dr. Fundinger. “Hence the usage scenario is a remote authorization and transaction among the involved parties.”

It’s important to know the differences between these two groups because there isn’t a “one size fits all” digital wallet.

5. Without services, digital wallets are useless

Digital wallets actually have various functions. For example, Due’s Digital Wallet is meant to seamlessly transfer money from one party to another anywhere in the world securely and instantly.

These services combine to make digital wallets more significant, useful and secure since they can store all of this valuable information in one secure and convenient location, as opposed to being scattered across multiple locations.