Blog » Due » 3 Reasons Why Every Portfolio Should Have Bitcoin
Updated on July 7th, 2016 Published By Rocky Darius

Bitcoin is known for its aggressive bull trends. There are many risks associated with owning bitcoin such as volatility and keeping your coins secure from hacks. That said, there are also many positive benefits for including bitcoin in your portfolio.

Although bitcoin has its bear cycles like any other market, the long term trend of bitcoin over the past 7 years has been exponential price growth. Most traditional currencies have a value erosion over time because of inflation. Bitcoin is hard capped at 21 million coins which makes them scarce.

The value of bitcoin is based purely on free market consensus between buyers and sellers. Since the supply of bitcoin is fixed, the value will increase based on the demand of new participants. Right now the user base is still fairly low which means means bitcoin hasn’t reached a point of market saturation yet.

In times of economic uncertainty people look to hedge their money into assets that are insulated from the regular markets. Almost every investment lost money during the economic meltdown of 2009 except for gold. Bullion sales went through the roof which led to a 3 year bull run and new price highs.

Bitcoin operates independent of the legacy markets and lets you store value without needing a broker. World governments have been implementing bail-in regimes that can remove the money in your account to prop up faltering banks. With bitcoin, if you keep your private keys secure then nobody can access your money stored on the public ledger.

Bitcoin is currently the most popular and secure blockchain in the world. As long as Bitcoin remains the top open blockchain it will likely continue experiencing a network effect. Bitcoin is more than just currency, it is an internet of value that can store other financial instruments.

It’s possible that Bitcoin will continue to grow as a global network. If it ever hits the steep climb on the s-curve of user adoption then the price could make rapid gains. To put things in perspective, $100 investment of bitcoin in 2010 was worth $1.8M at the end of 2013. If Bitcoin ever gets the same level of user adoption as social media then owning a full bitcoin will be extremely rare. Each unit of BTC is divisible by 100 million.

Disclaimer: This article is my personal opinion and not meant as financial advice. 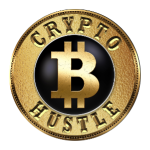