New hires power the growth of every startup and small business, but how can you tell the difference between a smooth-talking applicant and a superb future employee? Three key techniques separate the fakers from the makers.

These seven serious questions help reveal the character of the candidate. Note they aren’t cute or tricky (“If you were a tree …”). Only real-world questions uncover the data you need to make an accurate decision.

Nobody is ever prepared for that last one. The most common answer I get is, “Ummm … hmmm … well …” You’ll learn that some people just aren’t that deep. They’re living and working, but not really learning. They’re getting older, but not focusing on getting better.

Maybe the best answer I ever heard to this question was from an accountant candidate who said he asked his wife what he does that frustrates her most. She said that whenever something needs to be done, he jumps in and immediately wrestles every detail to the ground. She felt she didn’t have control of anything in their marriage because he never let her do anything from start to finish. He explained to her (and to us) that he wasn’t a control freak. He just wanted to help his wife, whom he adored.

When he got this feedback, he began communicating with her on this subject and struck the right balance of when to help and when to let go. I wanted to hire the guy right then and there for caring so much about his wife and her needs, communicating with her so openly, and changing his behavior so quickly. We eventually hired him, and he proved to be an excellent employee. And the kind of guy you pray your daughter marries.

You don’t have to wonder how a candidate will react to criticism when they become your employee. Test their ability to handle feedback by offering criticism during your interview process.

A sales candidate my team interviewed claimed to have no problem accepting criticism, but one of our concerns was he had no history of receiving regular feedback from a supervisor. About a half-hour into his second interview, the hiring manager said, “You say you’re OK with criticism. Can I give you some?” The candidate replied, “Sure.” The hiring manager stated, directly yet unemotionally, that almost all of the candidate’s answers during the interview had been lengthy and vague. If he’s unable to communicate better with customers, he won’t be a successful rep for us. So for the rest of the interview, we’d like him to answer more succinctly and with as many specifics as he can provide.

A healthy reaction from the candidate would have been, “No problem – thanks for the feedback,” and improvement for the rest of our conversation. Instead, the candidate became red-faced with embarrassment, slumped in his chair, and clammed up for the rest of the interview. We even coached him that his two-sentence responses weren’t what we were looking for either. But the pressure was too much for him, and the rest of the interview proved to us that he couldn’t accept constructive criticism.

Before extending a job offer, you should have one last meeting to detail and finalize your agreement with the candidate. Here’s why (and here’s what I say to the candidate at the start of what I call the “Aversions Interview”):

“There are lots of great things we like about you, but we won’t focus on those today. We believe there’s no perfect candidate and there’s no perfect employer. Let’s talk about where this isn’t a perfect match and agree on how each issue should be managed. If we can’t agree on a plan to manage an issue, it’s better to find out and part ways now rather than after you’ve been on the job for six months or a year.”

At the conclusion of the Aversions Interview, don’t make a formal job offer, no matter how well the conversation goes. Send the candidate away to think about the gravity of the choice they are about to make. Here’s what I say:

“Well, you’ve made it this far and, from our perspective, things have gone really well. Now you have to ask yourself a few questions. Are we right for you? Are you ready to sign up for this challenge? We’ve spent several hours with you, but we still don’t know you anywhere close to as well as you know yourself. You will know better than anyone if taking this job is the best thing for you to do. You are signing up for the rewards, but also committing to make the effort necessary to earn them. Can you do it? Do you want to do it? I’m not asking you to answer those questions now. Think about it tonight, and we’ll talk tomorrow morning on the phone.”

This brief speech sets the stage for managing the candidate. We’ve already mentioned that we believe the candidate is a good fit and clearly outlined what we expect. Now the candidate is making the choice about living up to our expectations. If a candidate accepts our offer the next day (which always happens) and, as an employee, doesn’t live up to what we agreed on during the interview process (which sometimes happens), our notes and our words from the Aversions Interview can help get the employee back on track. 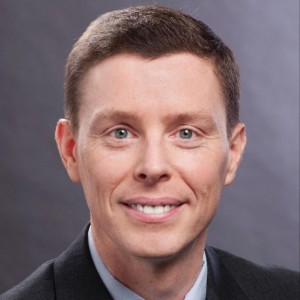 Jim Roddy is a Small Business Advisor for Vantiv’s PaymentsEdge Advisory Services. Prior to joining Vantiv, he was President of B2B publisher Jameson Publishing for 11 years and launched his own startup. Jim is regularly requested to speak at small business conferences and he is author of the book Hire Like You Just Beat Cancer.