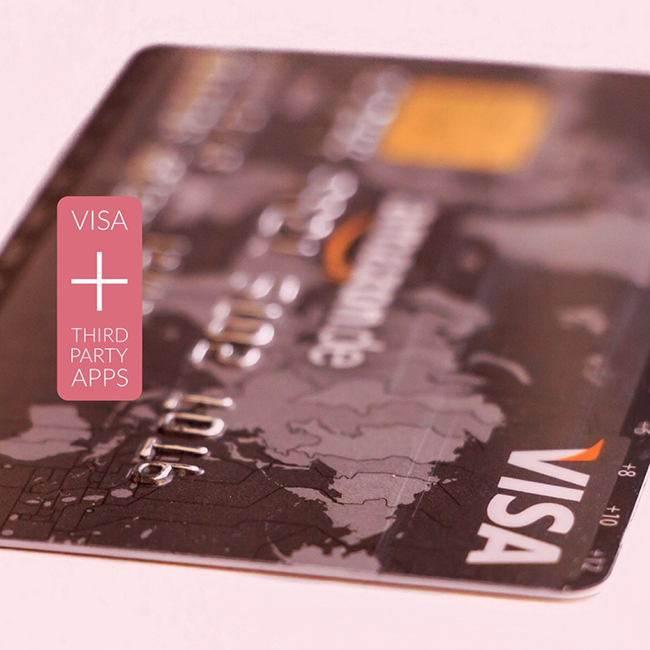 For the first time ever, Visa is allowing third-party software developers onto its network with the recently announced Visa Developer. The goal is to provide an open platform that will advance digital commerce through innovation.

And, that’s a pretty big deal for the fintech industry.

In the press release announcing the launch of Visa Developer, which has been in development a during a multi-year initiative, the company stated that the “platform is designed to help financial institutions, merchants, and technology companies meet the demands of consumers and merchants, who increasingly rely on connected devices to shop, pay and get paid.”

Upon its launch, Visa will allow access to payment technologies and services. These include account holder identification, P2P payment capabilities, secure in-store and online payment services, currency conversion and consumer transaction alerts. Developers can expect access to additional payment technologies over the next year.

Within the last several months, a beta version has been tested by financial institutions, technology companies, and start-ups. Some of these include Capital One, CIBC, Emirates NBD, National Australia Bank (NAB), RBC, TD Bank, Scotiabank, TSYS, U.S. Bank and VenueNext.

Despite being a new initiative, the platform has already proven to contain key attributes that differentiate Visa’s global developer program. They include:

Charlie Scharf, chief executive officer, Visa Inc., stated “As the leader in payments we have an opportunity to transform global commerce by opening-up access to our global network and supporting our clients, industry partners and innovators in their pursuit of creating new, easier and more secure ways to pay.”

But, that could potentially be just the tip of the iceberg.

Tim Green says in the Mobile Economic Forum that the more than 150 APIs that are now open to any third-party will be used to embed Visa Checkout. He adds, “This is Visa’s wallet product, one that lets any signed-in user complete a Visa purchase with just a PIN (a bit like PayPal).” Green also believe that this will give developers the chance to “tinker with Visa’s identity, location, foreign exchange and tokenization services.”

One of the beta partners, VentureNext, already used this technology during the Super Bowl. Through APIs, developers were able to let customers order and pay for concessions, which were then delivered to their seats.

Another partner experimented with a service that would give Visa’s customer identity services to authenticate accounts. This would be beneficial for transient workers.

Green argues that this is a big deal. This is because “Previously these APIs were only available to huge banks and retail corporations. Integrating payments services was something CFOs were in charge of. Now, any modestly resourced developer team can have access in a few lines of code to network that handles 100 billion transactions a year in 200 countries.”

Alison James, vice president, Cards Technology, CIBC, stated, “Visa’s new Developer platform will help simplify the delivery of easy access payment solutions for our clients and we are excited about its potential to increase our speed to market in some areas.”

What does this mean?

There are additional implications for developers. Among these are ability to create secure, innovative technologies that will enhance the lives of customers. It also will elevate the global payments and commerce space.

Visa developer could also benefit bitcoin and the blockchain. JP Buntinx speculates that the platform could be used to help take bitcoin mainstream by creating bitcoin debit cards that are issued by Visa. Buntinx adds,

“The Visa developer platform could prove to be a powerful tool for Bitcoin debit cards in the future as well. By gaining access to the entire API library, companies can figure out new ways to leverage financial technology and make it beneficial to Bitcoin in some way. In the end, the Bitcoin ecosystem might stand to gain from the Visa developer network.”

Besides bitcoin and the blockchain, Visa Developer could also open up the door for developers to experiments with microtransactions. In this case developers would create virtual currency for desktop and mobile applications. This includes reward points systems, coupons, and campaigns for virtual transactions. For example, you could play a game and earn digital currencies or points that can be used for in-app content. Startups like 21inc, Zapchain, and ProTip have already begun to experiment with the microtransaction model, but with Visa’s open platform, there will be room for new solutions in this sector.

Finally, Visa is making it easier for developers to use its services by creating a “network effort.” As Chris Mills explains in Gizmodo, this “is an economics term that basically means a thing becomes more valuable the more people that use it.” He goes on to say,

“If you’re designing an app, and you have the equal choice between integrating Apple Pay or Visa Checkout to do your payments, you’re going to choose the one that’s easiest, and that basically all of your customers are going to be able to use. Not everyone has an iPhone; most of the Western world has a piece of plastic with VISA on it.”