Three Truths About Women in Startups and Small Business 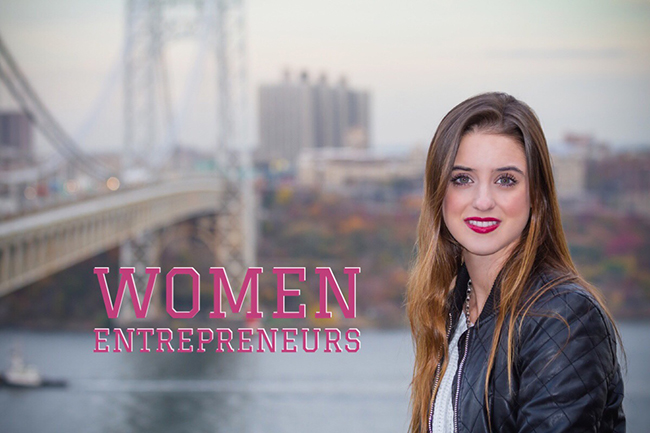 As a female founder of a finance focused startup, I spend a lot of time talking to women about money and business. It’s a completely different experience to work in the startup world as a woman than as a man. There’s definitely a glass ceiling that still needs to be shattered.

Women are up against tough odds, much tougher than any man is. But the fact remains that women are starting their own businesses, and that’s a good thing for the whole business world. After all, women-led businesses outperform male led S&P businesses by three times. That success trickles down, making women leaders great for companies and for other women. It also drives home the point that we need more women in startups.

It’s important to share the perspective of women in startups and business since their experiences are so different from men. More transparency and truth about what it’s like for women in business will help those women who do choose the business life for themselves.

Three Truths About Women in Startups and Small Business

Women Are Helping Other Women

Let’s put to bed once and for all the idea that women don’t like other women. It’s a ridiculous stereotype that doesn’t hold water, especially when it comes to the startup world.

Women recognize what other women are capable of. Instead of fighting for one spot at the top in a male dominated business world, women are holding out their hands to pull other women up to the top with them. Support is critical for any new business. More women are lending theirs to other woman-led businesses.

Our Numbers are Small but Growing

In venture capital-financed, technology startups, only 9% of entrepreneurs are women. That’s brutally low, especially when you consider that 27% of computer science and math-related jobs are held by women in the US.

In the US, Brooklyn has the most female-founded startups in the country. Las Vegas has the most venture-backed companies with a female founder. The cities where the financial impact of female founders is growing fastest are San Antonio and Houston, Texas; Portland, Oregon; Atlanta, Georgia; and Riverside, California.

With diversity of location and type of business, women are spreading even further into the startup world. It’s not just about Silicon Valley anymore.

Men get funded, mentored and succeed at a rate that far outstrips what women founders experience. 94% of venture capitalist partners are male, and 90% of all venture capital funds never reach women-founded companies. That’s a huge advantage that men have over women.

There’s also internal biases that work against women. It’s a biological urge to support those that remind us of ourselves. Male investors invest more in male founded startups because they see themselves in the founders. It’s an unfair bias, but one that’s very difficult to beat.

Within these three truths lies the reason that female-led startups are still a rare thing. It’s hard for women to get to the top, so there are fewer women to support the next generation. Jumping into the startup world requires time, money, and energy- three things most people come up short on today. Add in gender bias and it’s a combination that women are unlikely to beat alone.

Support is crucial. Support the women owned business in your life. Encourage the girls and women in your life in their tech and business interests. Business success doesn’t begin in the board room- it begins when someone has an idea that is encouraged. We can all be sources of support for women, no matter what stage they’re in. Women in startups shouldn’t be an uncommon thing anymore.

Remember, it’s not all doom and gloom! The awareness of what women need to succeed is higher than ever, and every day brings another chance for a woman to start her own startup. It’s a journey, but it’s one more and more women are choosing.

Kara Perez is the founder of Bravelygo. Kara discovered her love of finances courtesy of her quarter-life crisis. Broke, underemployed and saddled with student loan debt, she realized that her lack of financial education was crippling her adulthood. She now connects individuals with how to save and make money. She freelances in the areas of personal finance.