“Believe you can, and you’re halfway there.”

I worked all through college, kept a high GPA, almost always took 15 credits, and completed a double major in just 4 years. All of these are impressive, especially given that many people have trouble achieving even one of these. But what scares me is that I almost didn’t finish my last semester.

I got down in the dumps and really didn’t want to finish, I gave up and didn’t care. I thought that there was no way I would be able to hold on for that long. I had friends and family supported me, believed in me, and who didn’t have any idea of the turmoil I was in. I convinced myself to start the semester, just go a couple of days, making it one day at a time, and eventually it became easier.

Eventually I also couldn’t get a refund for the tuition so it made logical sense to get the most out of the semester. But with or without those cheering you on from the sidelines, the most important is your own inner cheer squad.

Sometimes the most difficult thing to do is believe in ourselves, but if you believe, you’re halfway there. Even if it’s only one step at a time. 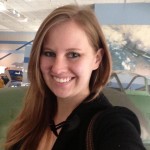