Menu
Login
Blog » Annuity Reviews » Is an Annuity The Worst Investment a Young Person Can Make?

Is an Annuity The Worst Investment a Young Person Can Make? One of the best things that my mom ever did for me as a young adult was start an investment strategy for me.

She wanted to get me started with investing so she setup some investment account with her financial advisor for my benefit.

At the time, I was young, clueless and completely indifferent.

“No problem, mom. Appreciate it!”

When I began my career as I financial advisor I finally became very interested in what investments I had so I did some inquiring.

Turns out my mom’s financial advisor was purely an insurance agent and the “investment” I had was a fixed annuity paying 4.5%.

I remember thinking to myself,

Turns out it was a very legitimate question.

First, let’s look at the basics of annuities. Annuities are another form of retirement savings, different from IRA’s, 401(k)’s, stocks, bonds, mutual funds and savings accounts.

Annuities are thought of as being best for people who have larger amounts of money, and who can diversify their retirement portfolio.  Typically, this describes older individuals that have accumulated some nice savings.

What is an Annuity?

Annuities are tax deferred retirement savings. Annuities come in a variety of types, with fixed, variable and equity indexed being the most common.  Below is a breakdown in how these annuities differ.

Deciding whether or not a young person should purchase an annuity really depends on the financial situation and long term goals of the individual.

For young people who have short term financial goals and not a lot of liquid assets, an annuity doesn’t make any sense at all. Because of the penalties described below, a young person would be better off with a regular savings account for short term financial needs. An employee sponsored 401(k) or an IRA might be a better retirement savings option for younger savers.

And of course, you know how much I love the Roth IRA!

However, if a young person is financially stable and looking to have a variety of sources fund their retirement accounts, the equity index annuity or variable annuity could be a viable option.  Notice I say “could be” a viable option, not “most definitely” is a viable option.

I definitely don’t see where a fixed annuity makes sense for a young person.

I want to make something very clear:  I would never choose an annuity over a Roth IRA or a 401k.   The tax-free benefit of the Roth and the pre-tax benefit and convenience of the 401k make it too good to pass up. There are some penalties involved with using funds from an annuity, either for early withdrawal or withdrawal before age 59 ½.

The surrender periods can be anywhere from 5 years on up to 10 years.

If you do buy an annuity, make sure you understand the surrender charges that you would pay if you had to cash out.

The federal government also charges a penalty for any withdrawals taken before the official age of 59 ½ of 10% of the growth of the annuity.

If a person plans to leave their money in their annuity until retirement age, then the penalties are not an issue. But if the money would be needed at any point, that’s something to consider.

Why I Cashed Out my Annuity

The thought of only making 4.5% on my money was all  I needed to cash out my annuity.  I was too young and there was too much time on my side to be capped at such a low rate.  (Ironically, many investors drool over making 4.5% nowadays).

When I called the insurance company to inform me of my decision, they warned me about the penalties that I would have to pay and how I may not ever get such a high rate.

It didn’t matter.  The decision was made.

I was taking the money and opening a Roth IRA.

Should You Buy An Annuity?

If you’re young and don’t mind some fluctuation in your investments, it’s hard for me to make the case that an annuity makes sense.   Especially now since interest ratess are so much lower.

Now, if you absolutely hate the market and you love everything about the word, “Guaranteed”, then annuities might be right up your alley.   Just remember that annuities are a long-term investment so educate yourself on what you are putting your money into. 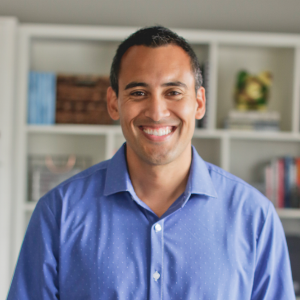 Jeff Rose is an Iraqi Combat Veteran and founder of Good Financial Cents. He teaches people wealth hacking. He is a frequent on CNBC, Forbes, Nasdaq and many other publications. He is author of the book "Soldier of Finance: Take Charge of Your Money and Invest in your Future" where he teaches how he escaped from $20,000 in credit card debt to a life of wealth.