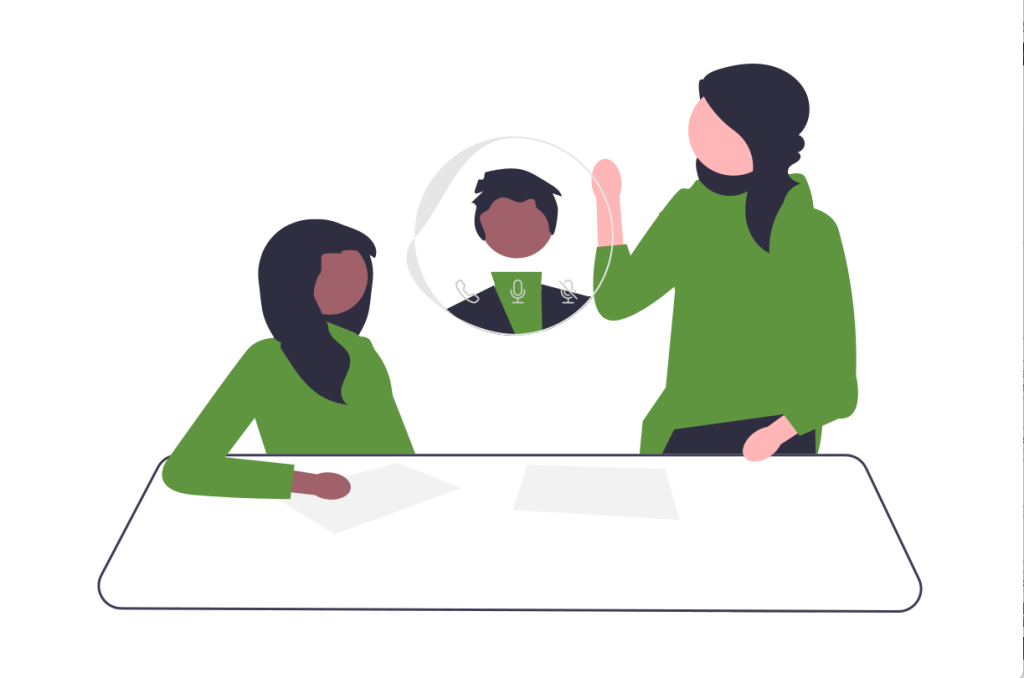 There is a lot of confusion‌ ‌about‌ ‌annuities. ‌According to a Secure Retirement Institute study, only 25% of respondents to an annuity knowledge questionnaire scored a passing grade (70%). ‌Because of all the ‌uncertainty around annuities, it’s understandable that you would turn to expert advice for more clarification. And, it wouldn’t be surprising if you listened to what Dave Ramsey says on annuities.

Dave Ramsey, if you’re somehow unfamiliar, is considered one of the leading voices regarding business and money. He’s the author of five New Time Times bestsellers. And the Dave Ramsey Show reaches millions of people.

While Dave has helped a number of people get their finances in order and offers sound advice, like the envelope-budget system, that’s not the case with annuities.

Overall, Ramsey isn’t much of a fan of annuities. Why? Let’s take a closer look at his views on annuities, mainly from “The Retirement Crisis: Are Annuities the Answer?” And the misconceptions that he’s wrong about.

“Dave isn’t a fan of annuities, and there are plenty of reasons why. One of the main reasons is that annuities have significant expenses that reduce the growth of your investment. Annuities also have surrender charges on early withdrawals that can limit access to your money in the first few years after you buy the annuity.”

Dave brings up some valid concerns regarding annuities. But let’s go ahead and unpack the truth.

What’s more, if you make a withdrawal from your mutual fund, it could cost you more than an annuity. Why? By law, sales charges can be as high as 8.5% — but most are‌ ‌3‌% ‌to‌ ‌6‌%. But, of course, that’s also in addition to the annual costs.

An annuity, on the other hand, only incurs surrender penalties. ‌Surrender charges are usually 7 percent of your withdrawal amount the first year and get smaller every year after that. After that, and according to your contract, you may be allowed to withdraw up to 10 percent of the annuity’s current value without paying a surrender fee.

“But those guarantees also mean lower returns than you could get by investing in the stock market with mutual funds.”

In reality? Even if the fund’s performance were negative for a given year, the fixed annuity would provide a better‌ ‌return. ‌In addition, the annuity would be better off in a market where the performance doesn’t offset the fund costs and commissions.

Furthermore, comparing the performance of stocks and fixed annuities is like comparing Chevy Spark to a Chevy Tahoe. The Spark is much cheaper at just over $15,000. But I wouldn’t want to drive that vehicle in a severe snowstorm — especially if you have a family. Both vehicles are designed for different purposes.

“A typical fixed annuity may offer a five percent guaranteed annual payout with 1.15 percent in annual fees. That lowers your actual return to just 3.85 percent. With good growth stock mutual funds, you can earn much higher rates of return — as much as 12 percent based on the market’s long-term historical average.

Why is this a misconception?

But let’s look at another example.

“Annuity Think Tank gave a stellar example of two investors who had $100,000 to invest from 2000 through today,” writes Rachel Summit for the Annuity FYI blog. “The investor who had their money in an S & P 500 index from October 2000 through October this year would have $90,000 right now.”

“While you may not get the highest returns in a really upmarket with annuities, you are protected from losing money in a down market, and I think that is worth a lot,” Rachel adds.

According to Ramsey, there is no reason to purchase fixed equity-indexed annuities, and those interested in investing in an index should do so directly. “That argument was already refuted with the above example of investors who would have $90,000 or $196,000 for their invested $100,000 twelve years later.”

When Dave was asked by a reader named Quincy if annuities are good for long-term retirement, here was his response;

“The short answer is no. There might be a rare exception when I’d use a variable annuity — which is a mutual fund inside of an annuity — but as a rule, I don’t use annuities. And I certainly don’t use fixed annuities for anything, because they’re just crap. Basically, they’re a CD with a huge set of fees. It’s just an insurance agent’s product, really.”

Okay. So, again, there’s a lot to unpack here. But, since we covered some of this above, let’s focus on the fact that annuities aren’t suitable for long-term retirement.

People who are looking for a reliable income stream during their retirement should consider annuities. ‌But, again, annuities‌ ‌are‌ ‌not investment products with high returns. ‌As a result, annuities are a great addition to someone’s financial portfolio when they are approaching‌ ‌or‌ ‌in‌ ‌retirement.

But don’t just take my word on this. ‌In a white-pot paper published by the National Bureau of Economic Research, the authors state‌ ‌that “standard economic models of life-cycle spending patterns imply that the portfolio of a risk-averse individual should include a substantial portfolio share in life annuities as a hedge against uncertainty about length-of-life.”

By viewing annuities as investments rather than insurance, this statement shows that annuities can make an excellent addition to a balanced portfolio for some types of investors.

What’s more, an annuity with a long-term care rider attached can cover both long-term care and everyday expenses. Additionally, LTC income from annuities is that it is tax-free and can be inheritable. And the insurance company will not raise your premium.

“In addition to fees, you’ll also need to consider taxes. In most cases, the growth of funds in an annuity is taxed at your ordinary-income tax rate when you withdraw the money. But when you invest in mutual funds through a Roth IRA, as Dave recommends, you can withdraw that money tax-free in retirement.”

Yes. ‌If you withdraw income from an annuity, it will usually be taxed as ordinary income. But, that also depends on the type of annuity.

On the other hand, an annuity that is linked to market performance is a variable annuity. Therefore, until you withdraw the proceeds from the annuity, your earnings are tax-deferred.

An annuity funded with a Roth 401(k) or Roth IRA may allow you to avoid paying taxes. Because Roths are funded with after-tax dollars, you do not pay taxes upon withdrawals.

According to Dave Ramsey, annuities aren’t a good option for most people. And they should not be the default option. ‌According to him, although the promise of a stable income is enticing, 401(k) plans and mutual funds are better investments.

However, that’s not really the disadvantage of annuities.

They are generally long-term products, meaning you can’t access the funds for a long time. If you make an early withdrawal, you may have to pay a surrender charge.

Additionally, annuities do come with management fees, rider charges, and commissions — but not as much as Dave says. And, some annuities may not earn as much interest as other investments. But, they are less risky and more predictable.

There’s something else we agree on. ‌Get help from a financial advisor or certified investment professional to fully understand your options and the good, bad, and downright ugly of your choices. As Dave says, “never invest in what you lack understanding of.”

An annuity is a contract between you and an insurance company. You can protect your principal, earn lifetime income, pay for long-term care, and plan your legacy with an annuity.

The premium can be paid to the issuer as a lump sum or over ‌time. ‌Annuity payments can also be made as a lump sum or recurring‌ ‌payments. ‌Companies such as insurance companies, banks, brokerage firms, and mutual fund companies sell annuities.

2. How does an annuity work?

Again, you usually make an annuity‌ ‌payment‌ ‌right‌ ‌now. ‌Consequently, you’ll receive a series of payments that begin at a later date. ‌Paying you in regular installments over a standard period of time is another option. For example, you might receive payments every month, quarterly, or annually. ‌Or you can get a lump sum.

In addition, you may be able to set the payments to continue for as long as your spouse lives, depending on the type of annuity you select. ‌If a beneficiary doesn’t get all their payments, they can inherit the remaining benefits from certain types of annuities. ‌In‌ ‌addition,‌ ‌some‌ ‌annuities‌ ‌give you inflation-adjusted payments.

There are four types of annuities to be aware of for most people:

4. How is my money invested with an annuity?

Owning a fixed annuity means you never have to worry about your investments or returns. ‌Additionally, your payments remain the same all the way to retirement.

A variable annuity doesn’t work like that. ‌Basically, your return depends a lot on the investments you pick. ‌Shortly put, if your investments are underperforming, so will your return. On the flip side, the return will be higher if they outperform.

5. Is an annuity a good retirement vehicle?

Annuities provide a guaranteed income stream in retirement. As such, they can be a valuable addition to your portfolio. ‌No other retirement product provides this benefit.

In addition, a fixed annuity with a low-risk level helps balance out the riskier investments you have.

Generally, many people do not just have one retirement product; they spread their retirement savings across different products. ‌As well as their savings, they may have a pension, an IRA, and a 401(k). ‌A separate portfolio of investments may also be available to them.

With that said, an annuity would make the most amount of sense if;