The last few days have been pretty rough for the world of cryptocurrencies. A few days ago, Facebook announced a ban on all cryptocurrency related ads on their platform; aimed at preventing promotion of fake ICOs and other misleading information. Both good and bad cryptocurrency content has been completely prohibited for the near future. In addition to Facebook, India has also joined what I’m calling the cryptocurrency purge.

Yesterday, India’s Finance Minister Arun Jaitley said that the country wants to eliminate the use of cryptocurrencies in criminal activities.

He went on to say, “the government does not recognize cryptocurrency as legal tender or coin and will take all measures to eliminate the use of these crypto-assets in financing illegitimate activities or as part of the payment system.”

This isn’t the first time India’s Finance Ministry has expressed these sentiments either. Last year, the Ministry called Bitcoin and other cryptocurrencies a Ponzi scheme. In December, Indian Bitcoin exchanges were raided in an attempt to identify cryptocurrency traders.

How Will They Enforce It?

How exactly India plans to enforce this ban is unclear. However Monish Panda, founder of Monish Panda and Associates Law Firm provided a bit of input as per Indian media.

Panda went on to say, “the government will now either come out with a legislative mechanism or make suitable amendment in existing legislation to ensure that dealing and trading in cryptocurrency is made illegal and to penalize entities and individuals who are involved in their trade and circulation.”

While we aren’t quite sure how India plans to enforce these policies it’s safe to assume they are very serious about regulation.

Is There a Future for Cryptocurrency in India?

The short answer to this question is yes. Like Facebook’s recent ban, India is trying to accomplish a similar outcome. If you were in their shoes would you want to try and monitor each individual transaction to try and sniff out the illegitimate ones? Probably not. That said, they are attempting to ensure an end by stopping transactions all together. But there’s light at the end of the tunnel.

What Does This Mean for Traders?

If you’re a trader, is there still an opportunity to make money with cryptocurrencies? Does it still make sense to invest in Bitcoin in 2018?

In my opinion I think this is actually positive for the entire crypto landscape. At the end of the day, we want cryptocurrencies for everyday transactions. We want to promote stories of people buying street tacos and homes using coins like Bitcoin or Ethereum. In order to get there however, we need to crack down on the people using these currencies for illegal goods and services.

If you believe in cryptocurrency and its ability to revolutionize our global economy then I recommend holding on tight for the long term. It’s going to be a bumpy ride.

[The author holds BTC, ETH, IOTA, ADA, and XLM. This article is not investment advice. Invest at your own risk after doing your own research.] 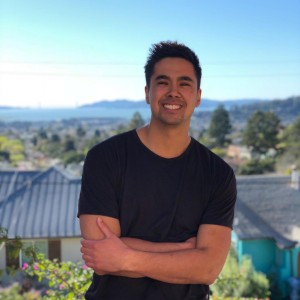