Are You Experiencing a Freelancer Upper Limit Problem? 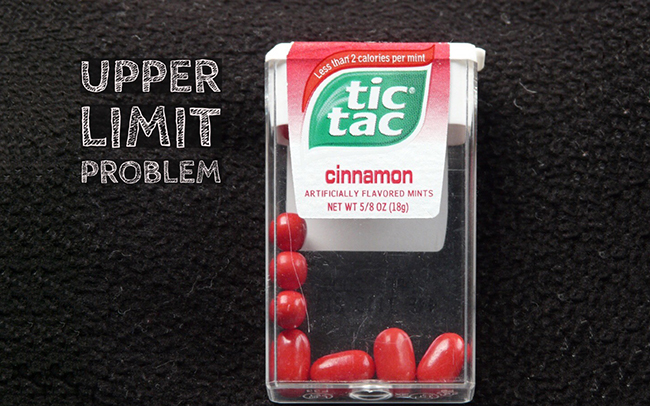 About a year ago, I read Gay Hendrick’s bestselling book The Big Leap. It was recommended to me by a friend after they saw I was experiencing an upper limit problem in my business.

What is an upper limit problem? It’s when you get what you want (or get close to it) and then you feel totally uncomfortable. The discomfort then leads you to sub-consciously (or sometimes totally consciously) sabotage yourself.

At the time, I’d just gone through a major rebrand and was breaking even in my business. I also felt like I’d hit an income plateau. The reality was I was sabotaging myself because I was afraid of making more money. I addressed the fear, moved through it and by the end of the year I’d nearly tripled my monthly revenue.

Fast forward to today and I’ve just had my second quarter in a row where I grossed over $15,000 from my business. This includes freelance projects, sponsorship deals, coaching and more.

I’m making more money than ever, and once again I feel totally uneasy. My upper limit problem is rearing it’s ugly head again. The same doubts I had a year ago are resurfacing, even though I’m not in the same situation.

There’s no reason for you to logically feel fear, but you feel it anyway.

This was how I realized I was in the midst of another upper limit problem. My business is making more money than ever, more opportunities are coming in and yet I was still feeling anxious.

I keep focusing on what’s gone wrong, or how it can go wrong in the future, rather than what is going totally right.

You notice you are sabotaging yourself.

Once I noticed I was having an upper limit problem I realized I was sabotaging myself in a few ways. I was spending more money than usual in my personal life and I was uncharacteristically unmotivated.

I also realized I was letting other people’s opinions of me creep in. Instead of being my normal confident self, I was feeling overwhelmed with thinking about what I should be doing.

Once again, awareness is key. Once I realized that’s what was going on I was able to change my mood and my behavior.

In my coaching practice, I work with quite a few freelancers. One thing I’ve noticed in their businesses (and also my own) is that fearful stories about money, our abilities to create businesses and what other people think of us don’t necessarily go away.

Instead, the stories come right back up as soon as we reach a new milestone. This is just another sign of an upper limit problem.

How to Overcome an Upper Limit Problem