Blog » Due » 10 Years After the Financial Crisis: Are Big Banks Any Better?
Posted on February 26th, 2018 Published By Chime The term “too big to fail” was first coined in the 1980s, but it didn’t enter the average American’s lexicon until 10 years ago when the 2008 financial crisis almost brought down the global economy.

The phrase contends that some corporations are so large and interconnected within a greater economic system that allowing them to collapse would be disastrous for everyone. And as a result, the government must help prevent their failure through bailouts.

That’s exactly what the Bush administration did when it passed the Emergency Economic Stabilization Act of 2008. But many critics of the law argued that this gave banks no incentive to get their act together.

Now that you have a better idea of what happened, you may now be wondering: has anything changed and are big banks now on stronger financial footing? Not only this, but are big banks more accountable to their customers? Let’s take a closer look.

The Dodd-Frank Act, signed into law by President Obama in 2010, made sweeping changes to how the government regulates the banking industry. Here are just a few highlights of the law:

Reserve requirements: Banks are required to have more cash in reserves to provide extra cushion in case of economic hardship.

Stress tests: Banks with at least $10 billion in total consolidated assets must conduct annual stress tests to ensure that they can continue operating during times of economic distress. In other words, banks need to run through simulations of various adverse financial conditions in order to see if they have the capital necessary to handle each situation.

Consumer protection agency: The law created the Consumer Financial Protection Bureau (CFPB). The purpose of this bureau is “to promote fairness and transparency for mortgages, credit cards, and other consumer financial products and services.” Over the years, the CFPB has taken several banks and other financial institutions to task for unfair, deceptive and illegal practices.

According to a 2016 Gallup poll, just 27% of adult Americans have confidence in banks. That’s almost half as many as in 2004 when 53% expressed confidence. That was before the housing market began to deteriorate.

This lack of trust is likely due to the fact that, despite the regulations in place to make banks stronger and more consumer-centric, regulators continue to catch big banks in the act of taking advantage of their customers. One recent example of this is the Wells Fargo fake account scandal in 2016. Pressured by higher-ups, ground-level employees created more than two million fake accounts in order to meet the bank’s quotas. Some of these accounts charged illegal fees — without the customers’ knowledge. And despite a repentant face, Congress found out a year later that the bank had made little to no progress and was still riddled with scandals.

Alternative banking options have cropped up

Although online-only banks existed before the financial crisis, there were a surge of new entrants after the recession, including Chime.

Because these institutions have few or no brick-and-mortar branches, they can afford to offer lower fees, higher savings yields and a better overall customer experience. For example, Chime offers no fees on most account activities, special features to make it easier for members to save money and real-time member support.

With the emergence of these new alternative banking options, consumers are empowered to make better banking choices to suit their financial needs.

Looking ahead to the next 10 years

While new regulations have forced big banks to become more self-sufficient and take responsibility for shady practices, banks still need to win back the trust of their customers.

What’s more, the Dodd-Frank Act finds itself in political crosshairs. In July 2017, the House of Representatives passed the Financial CHOICE Act of 2017, which intends to roll back many of the protections the Dodd-Frank Act affords.

The Senate responded with its own bill four months later, which has fewer teeth than the CHOICE Act. For example, it makes no changes to the CFPB, while the CHOICE Act makes sweeping changes to the agency. But even if the Senate bill passes, the House and Senate will need to reconcile the two bills before presenting a final bill to the president.

But here’s the thing: even without financial regulation reforms, big banks may continue to find ways to maximize profits, sometimes at the expense of their customers. For example, Bank of America recently came under fire for eliminating its no-caveat free checking account for existing customers.

There’s no telling exactly what will happen with financial regulation reform, so it’s important for you to understand what you can do about it.

If you find that you’re dissatisfied with your bank, either because you’re not happy with the service or you’re paying unnecessary fees[a], remember that you have a choice. You can switch banks.

In fact, changing banks is easier than you think. Better yet, with a Chime bank account, you’ll never pay fees and you’ll be able to save more money. That’s what I call a smart financial move. 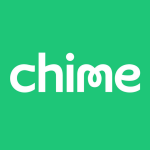