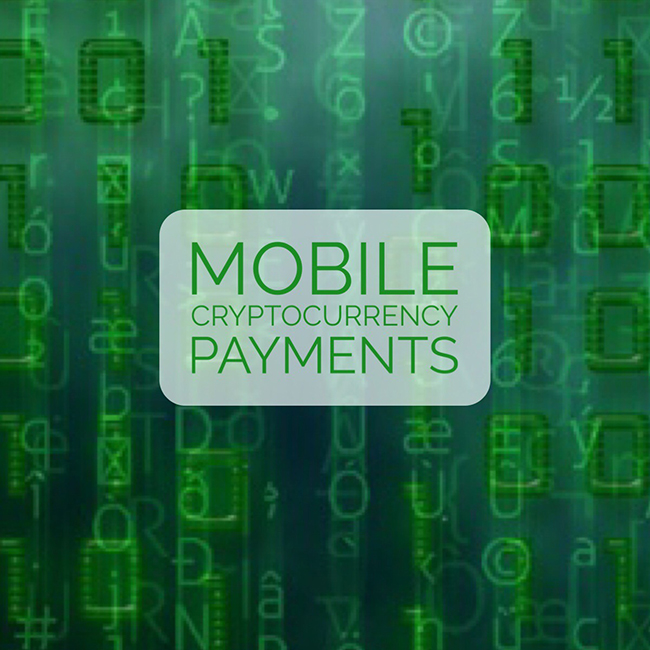 As if there wasn’t enough buzz surrounding eCash, mobile cryptocurrency payments appear to be the next big thing. In fact, there are already a number of companies that are paving the way for this industry to explode, like the following 10 companies.

Unerupted data is never stored on your mobile device or transmitted onto a network. There’s also a directory of the stores that accept bitcoin.

On the outside, Circle appears to be a traditional mobile cryptocurrency payment platform. You can send or receive funds from your contacts as easy as sending a text via NFC or QR codes. The transactions are instant and 100% free. You can even transfer funds internationally without fees or exchange rates. And, an U.S. dollar balances stores in your account are insured by the FDIC.

The catch? Circle states that it “is building on open Internet standards and protocols, including digital currency technologies such as Bitcoin.”

If you’ve been hesitant about using a bitcoin wallet, or any sort of mobile cryptocurrency payments platform, then Easbit has been developed just for you. The company prides itself for designing a user friendly bitcoin wallet that is so easy-to-use that it’s “100% Granny proof.” There is no central storage of coins, vital data is encrypted, and you can send or receive bitcoins directly from your phonebook, QR-codes, or Bitcoin URLs.

Coinbase is arguably the most popular platform to buy, sell, and use bitcoins. So it shouldn’t come as a surprise that the company also developed a mobile wallet that allows user to transfer coins through email, NFC, or QR code. Since funds are stored on the cloud, your money will remain safe of your phone is lost or stolen. In fact, you can even disable your mobile device remotely.

Plutus is a London-based startup that gives users the ability to make purchases with cryptocurrency at NFC-enabled merchants. For the system to work bitcoins are converted to fiat currency and stored on a virtual debit card or ‘token,’ which is used to complete the purchase. Users are also rewarded with the company’s own digital tokens called ‘Plutons.’ The beta version will launch 2016.

The Hive bitcoin wallet gives you three options when sending bitcoins or litecoins. These include clicking on payment link within your mobile device’s browser, scanning a QR code, or using the touch-to-pay via NFC feature. Hive is extremely secure thanks to relying on a passphrase to access your tokens.

Abra is a person-to-person mobile platform that also allows you to store digital cash on your directly onto your mobile device. There are no transaction fees and the transfers are instant. You can also withdraw cash by either using a debit card or visiting an “Abra Teller.”

Mycelium is another secure mobile wallet that offers instant transactions. While other options provide NFC-support Mycelium has seemed to have perfected the technology. Instead of QR codes, you can simply scan your phone over a NFC-terminal when making a purchase. You can also use NFC to transfer funds with other people whenever the mobile devices are in proximity to each other.

Volabit is a mobile wallet designed to be used only in Mexico, that works by entering the amount in pesos and selecting your prefered method of deposit in the mobile app. You then create a deposit slip and the deposit will automatically be credited to your account. You can also sell bitcoins and transfer funds to family, friends, or your bank. Lastly, you can even make purchases on Expedia, Microsoft, and Dish.

Based out of Manila, Coins.ph was originally developed to give the millions of people in southeast Asia without access to the services traditionally provided by banks or financial institutions by using blockchain and mobile technology. The company launched the peer-to-peer bitcoin app Teller in 2015 that will find third parties sellers that accept the local currency.